Believing and achieving - the Portsmouth Duathlon 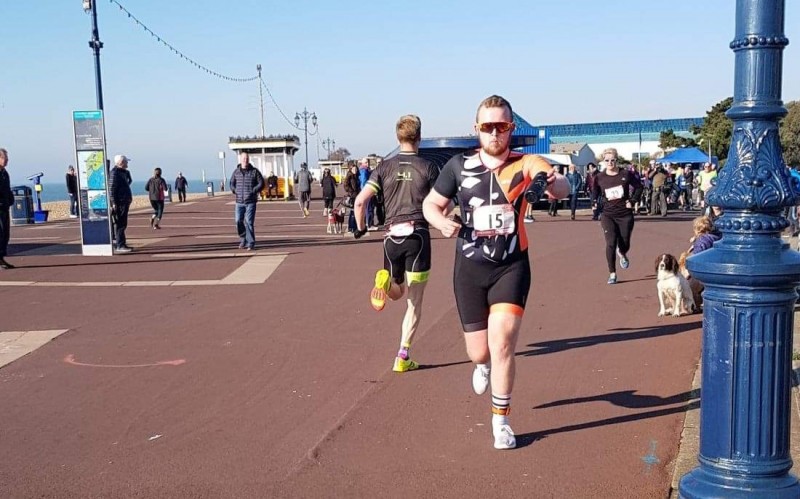 Run bike run. That's all there is to it. We caught up with Wiggle athlete Dan Bartlett to see how he did at his first duathlon in Portsmouth.

The week before my first event of the season was not the best time to come down with the flu. Confined to bed with days to go, unable to train, I resolved to get back on track as soon as possible and stayed hopeful that I'd make it to the start line.

The illness meant no conditioning, no running, no cycling. All I could do was rest. At this point, most athletes would pull out to recover. Not an option for me. I'd had the Portsmouth Duathlon down as my big event to kick-start 2019 for too long. I was determined to get around the course no matter what.

Race day came around all too quickly. An early start, one last bike check and I was off to registration.

Around 120 people had entered. Pretty overwhelming considering that I had not had the best of starts in training for an event like this. I dropped the bike off in the transition, had an energy gel and went to line up at the start line.

Excitement filled the air, the atmosphere buzzing with anticipation. I found myself at the front of my wave at the start line. 3,2,1 GO! We were off. 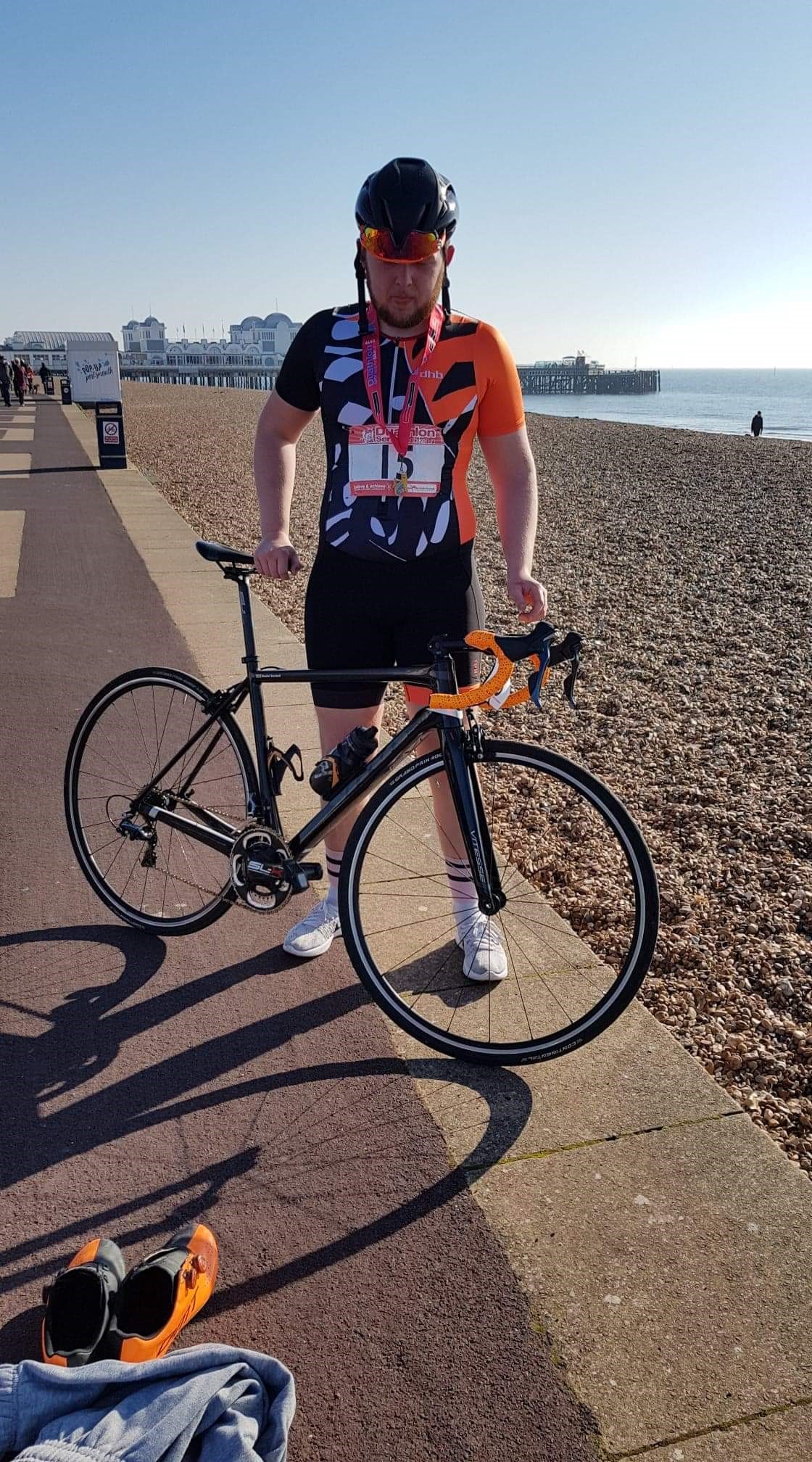 I immediately dropped to the back of the pack, which was not totally unexpected. I had 2 goals: 1) get around and 2) don't come last.

The furthest I’d ever run previously was 5km. Two 5km runs with a 15km bike ride in the middle was stepping into unknown territory for me.

I surpassed my expectations when I completed the first leg in around 26 minutes. Four minutes off my 5km PB.

Feeling confident, I switched into cycling shoes, threw my helmet on and ran out of transition to the start of the bike stint. No sign of the leaders, or anyone else. I wasn't worried - I knew I'd be able to draw on my experience of bike racing as a teen.

Turning a big but comfortable gear, I was able to power through the 15km course at an average speed of 20.4mph, picking off my rivals as I went. I think I passed almost a quarter of the field. My cycling background definitely paid off and put me in a strong position for the finale.

However, my heroic effort on the bike was beginning to take its toll and the last stretch to the transition was tough. My legs began to cramp. My heart rate rocketed to 188bpm. I thought I was done for. I limped off the bike and downed an energy gel, before switching back into my running shoes.

Running had suddenly become a struggle. Both legs just did not want to move. It was mind over matter as I kept pushing myself forward, determined not to quit.

I got a second wind as the gel kicked in and the cramp stopped. It wasn't enough. I was done for. No energy, no fitness and running into a distance I'd never run before, I backed the pace down and decided that all I wanted to do was make it to the line.

A few of those rivals I'd passed on the bike were once again passing me. I was fine with that. Running was clearly not my strong point. All I could do was chip away at the distance. With no running watch to tell me my pace and distance, all I could go on was feel. 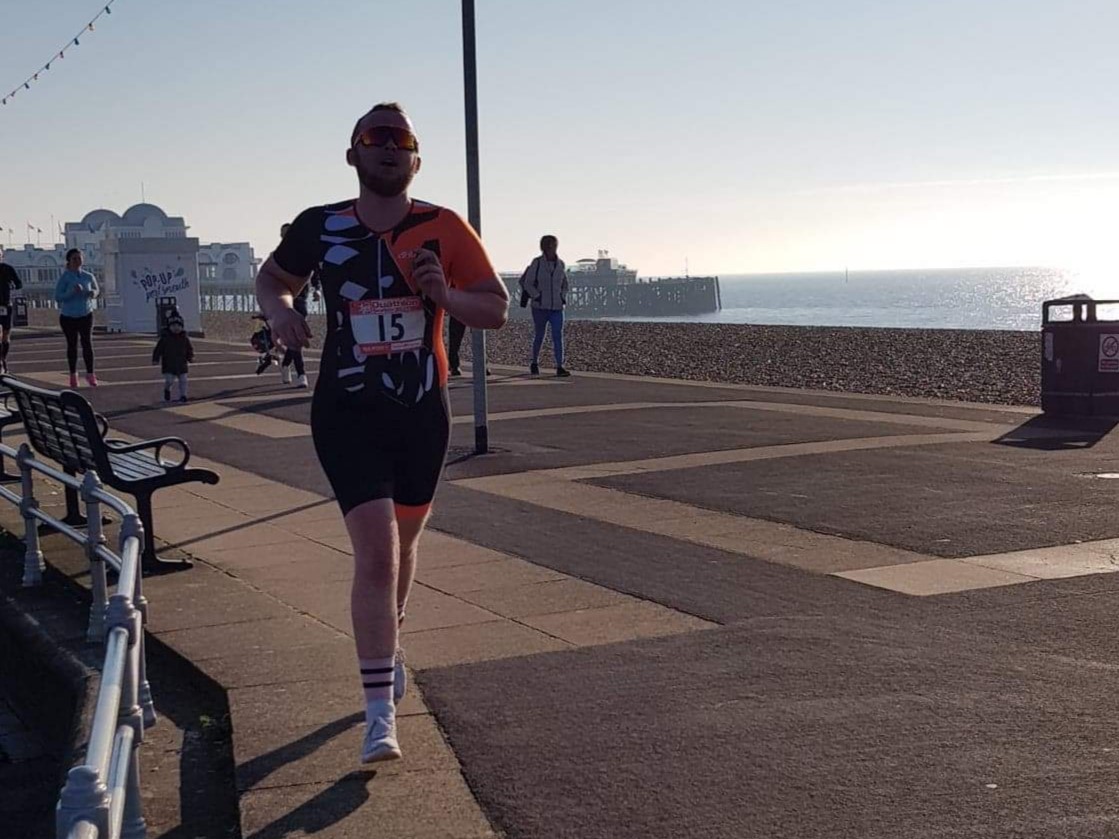 I reached the pier with 600 meters to go. I could see the finish. My body was wrecked but I picked up the pace. It felt like the last 600 lasted for hours but the line got closer and closer. Then I could see the timing board. An hour and thirty-three.

I could not believe the time, I managed a half-hearted sprint across the line and that was it. I made it. 10km of running with a bike stint in the middle.

My goal had been for two hours. One hour forty-five at a stretch.

I was chuffed with one hour and thirty-three. I'm no runner, so this felt like a massive achievement. I might have even enjoyed it too. So much so that I've signed up to race the next one on March 24th!

Through the pain and the cramps, overall this experience has given me the motivation to train, (hopefully) not get the flu, and try to improve my time at the next event in four weeks time.

It's my firm belief that you can do anything, regardless of fitness. As long as you put your mind in the right place and have one goal you can achieve a result.

Big shout out to Mizuno, dhb and Vitus for helping out with some great kit. I hope to share more experiences like this in the future!

Find out more about the Portsmouth Duathlon series