Climb every mountain - an interview with adventurer Jo Bradshaw 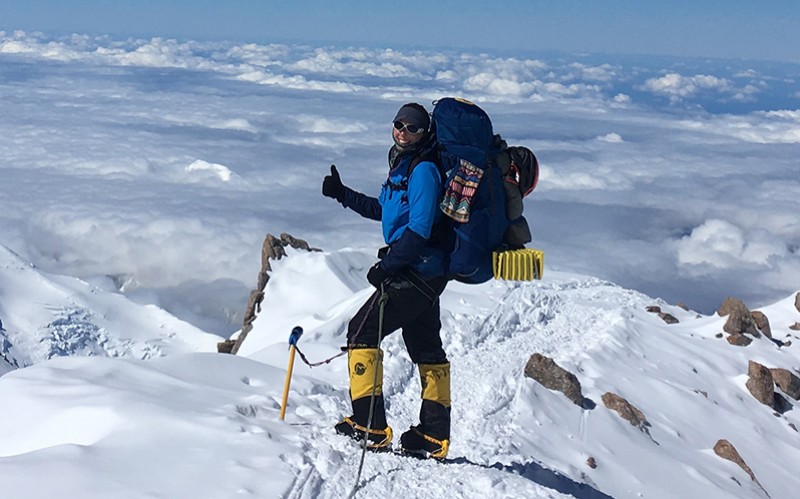 From sofa surfer to adventurer. We catch up with Osprey ambassador Jo Bradshaw about her achievements so far and why she loves the outdoors.

Describe what you do for a living

I’m an Outdoor Instructor and adventurer with public speaking thrown in for good measure too! Basically, I get to be outdoors most of the time, teaching DofE students the expedition element of the scheme from Bronze through to Gold as well as assessing them on their qualifying expeditions.

I also lead adults on expeditions from one-day treks in the UK up to 6000m peaks in the Himalayas and the Andes. I also lead school’s expeditions too so get a good variety of work in the outdoors.

My public speaking, which I usually deliver to corporates, business groups and at events, is based around my Everest expeditions and how I went from a no-saying, height-hating, comfort-loving sofa surfer to surviving an earthquake in 2015 and then summiting the mountain in 2016. I then talk about the 7 summits which I am aiming to complete (two to go) by the end of 2019 and my fundraising for children’s mental health charity Place2Be.

How did you get into it?

Quite by mistake! I did a parachute jump (never again!) back in 2003 which led onto a bike ride in Peru for Asthma UK in 2004. I then took part in two more bike rides abroad, all with the adventure company Discover Adventure. When they asked me to crew some bike rides in 2007, I jumped at the chance.

This led onto leading a trek on the Great Wall of China for DA and ultimately saw me moving down to Salisbury to work in the DA offices as well as working on and leading more expeditions. I gave up my well-paid job with local government up in Buckinghamshire, sold my house and my fancy car and changed my life to move down to Wiltshire. two years later, in 2010, I went freelance and have never looked back.

I gained my Mountain Leader qualification. I love living life back in the outdoors, something I never thought I would do after giving up working with horses in my early 20’s and heading indoors to work in various offices. 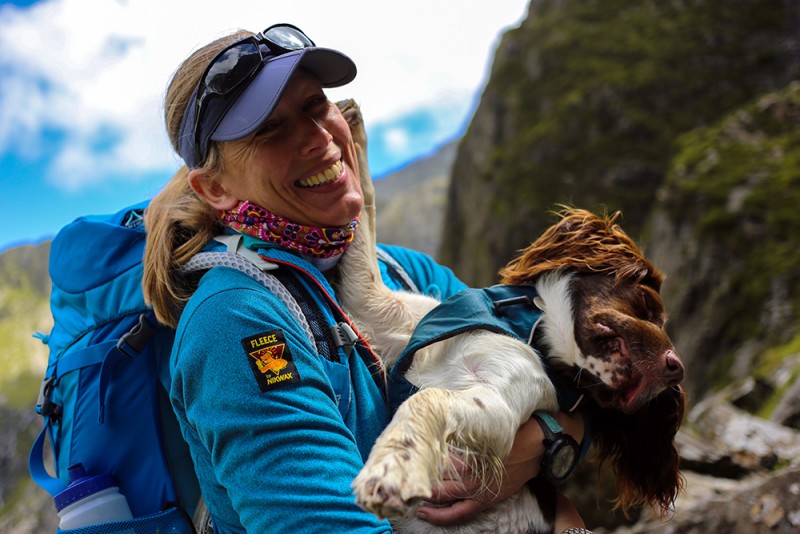 You do a lot of work with young people. What do you get out of it?

An immense amount of pride! I love seeing a new group of very nervous students, all with little or no experience in the outdoors and teaching them how amazing it is.

I work with students from the age of 14 on Bronze DofE up to 18 on Gold DofE or school expeditions. Seeing their confidence grow along with their skills is really satisfying and can be so life-enhancing for them. They are our next generation of adventurers and it’s a privilege to be part of their journey!

Why is it important to get young people active outdoors?

It’s not only for the obvious health benefits and being in the fresh air but also for the mental benefits too. Being outdoors teaches them so many skills and makes a youngster’s awareness all the more heightened from our impact on the environment and wildlife to teamwork, looking after themselves outside of the home and learning to be independent too.

As mentioned above, being outside and learning new activities can have a big impact on confidence which transfers into other parts of their lives. The outdoors rocks!

You’ve already summited some of the world’s most impressive climbs. What has been your favourite experience of your expeditions?

I’ve had a great time pushing myself well beyond what I originally, or even recently, thought was possible. My favourite experience has to be on Denali in Alaska. I climbed this mighty mountain in June 2017 and reached the summit on 20th June which was exactly a year, a month and a day to standing on top of Everest.

I first read about Denali back in 2010 when I took Mark Beaumont’s book Cycling the Americas on one of my early Kilimanjaro climbs and was intrigued by the fierceness of the highest mountain in North America but never thought I would ever be capable.

We’d had a tough expedition with some fairly gnarly weather conditions but our summit day was the most perfect day I could have imagined. The weather was incredible, I climbed with amazing teammates and we got to be rock stars on the summit. Just brilliant.

I really love the longer expeditions, when you have time to really settle into your environment and get to know your team really well. I’m in this for the long haul! 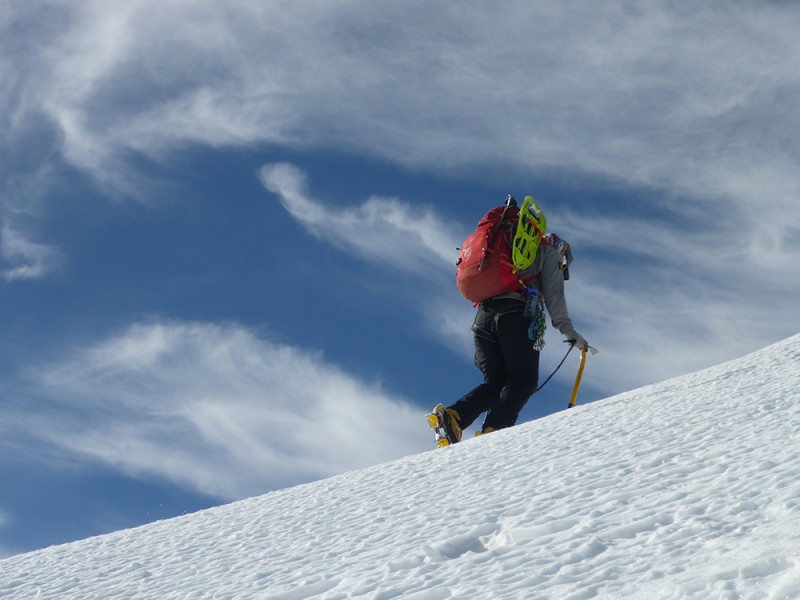 What kit would you not have been able to survive without?

I have a staple kit-list to take on every expedition, wherever I am going. My Osprey packs, my comfy pants, walking poles, thermal mug, lightweight sleeping bag and my home-made pillowcase! A good night’s sleep is so important, so I bring a cushion cover which my Mum stitched my mountain logo onto and then stuff my down kit into it for a lovely comfy down pillow! Bliss!

What advice would you give to somebody planning an expedition?

Go for it! I came into this adventurous world in my late 30’s and reached the summit of Everest when I was 45 so have packed in a huge amount into a short space of time. I stood on top of Kilimanjaro on my 32nd expedition leading groups on the mountain the day before my 48th birthday.

I gave up a great career with a rather lovely wage to live a life not even in my dreams and am having the richest of experiences now. It does all take time though and I’ve climbed each mountain, whether for work or personally because I wanted to rather than on a fast track to something else. I’ve met incredible clients, some of whom have become great friends, I’ve been in life-threatening circumstances and have shed many a tear in the mountains, but I wouldn’t change any of it.

I have huge goals for 2019! Over and above an amazing year of work, I am aiming to complete the seven summits which are the highest mountains on each of our seven continents. I have completed five so far and plan to complete the rest, weather allowing, by the end of this year.

Since 2014 and my first Everest attempt in 2015 (the earthquake stopped play) I have been raising funds and awareness for children’s mental health charity Place2Be. With their 25th anniversary being celebrated this year it’s a great opportunity to take Place2Be to places they have never been!

I was hugely fortunate to have been sponsored for Everest, both in 2015 and 2016, plus Denali but I am now raising the funds for the remaining expeditions myself. I have Carstensz Pyramid in Indonesia and Vinson in Antarctica to climb and I am making the most of any opportunity to raise funds for the expeditions and also for the charity too.

Jo is supported in her adventures by Osprey. The packs she swears by are:

Transporter 95 Duffel Bag - Tough, weatherproof, durable. In short, adventure-proof. The Transporter 95 can be configured for multiple carrying options so you can decide which is more comfortable. The straps can then be neatly stowed away when not needed.

Daylite Plus - The perfect pack for those days when you're constantly on-the-go. There's a place for your laptop, keys, money - basically, it's got everything you need to stay organised.

Keep up with Jo on her blog