Counting down to the OMM 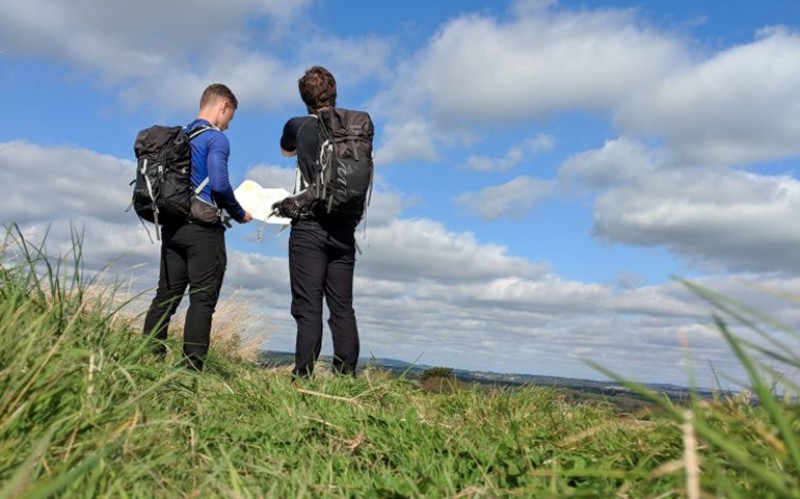 It's the weekend that the clocks go back. The leaves have fallen and there's no denying that winter is on its way.

The perfect time to spend a weekend on a self-supported orienteering race in the Black Mountains of Wales then.

Once again, Wiggle runners will be joining the 2000 hardy adventurers on the annual Original Mountain Marathon (OMM).

The challenge is simple. Runners compete in teams of two. They are presented with a map showing checkpoints. Those checkpoints are worth points which vary depending on difficulty. The team with the highest number of points, accrued by visiting checkpoints, wins.

Oh, and it's over two days. And there's a new map with new checkpoints on day two. And the teams will need to carry all their food and camping equipment. And it will probably rain.

This year, Commercial Designers Connor Christie and Wills Fuller have taken on the challenge. We caught up with them to find out how they're preparing. 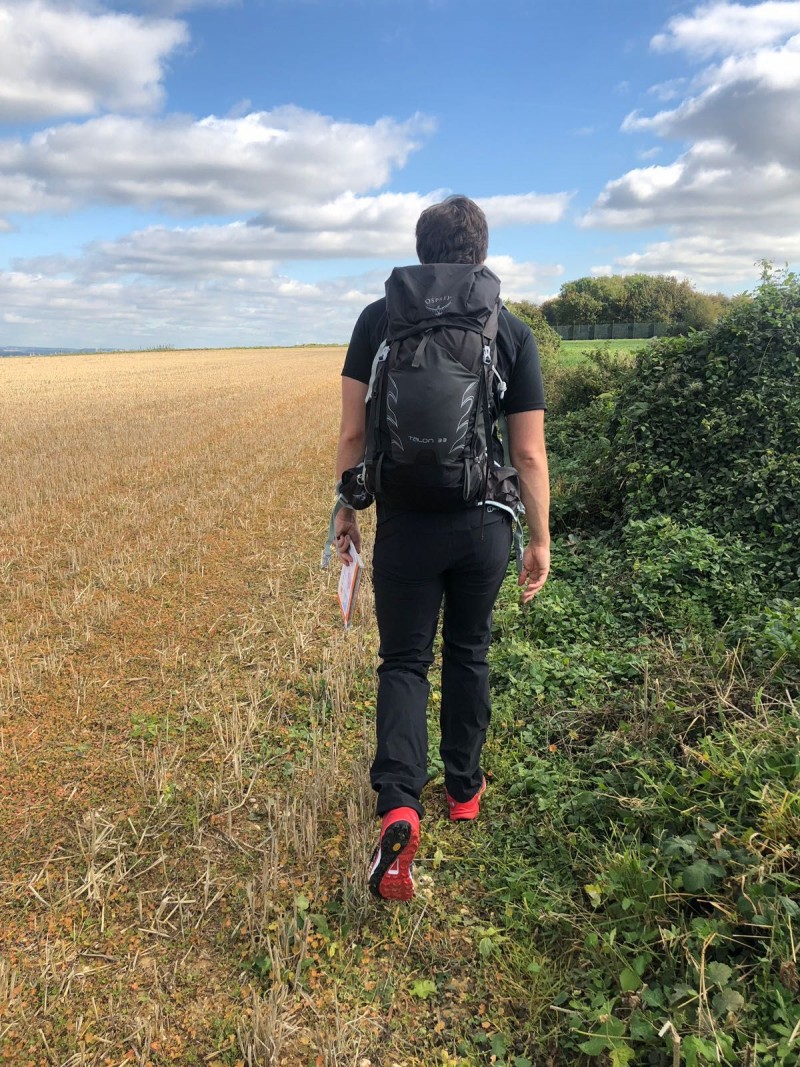 Firstly, why did you sign up to the OMM?

Connor Christie: I signed up for the OMM in pursuit of something new, a new experience, somewhere new to go. This year I have tried to challenge myself physically and mentally by taking up running and pursuing the Marathon Distance. I saw the opportunity to take part and felt It would be silly not too.

Wills Fuller: I like to push my limits and get outside my comfort box and the OMM is just that for me and I’m sure many others. It’s one of them events that makes you want to train hard. For me it’s helped me get my running game back on. 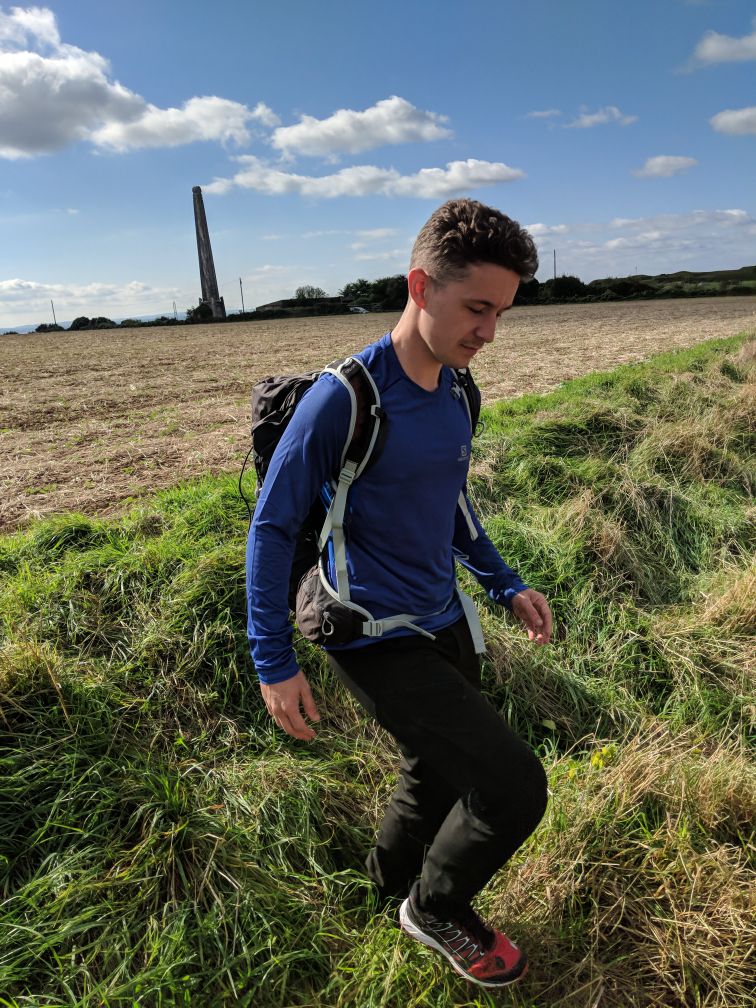 CC: I haven't – that's what piqued my interest. Luckily, I'm surrounded by people that have done all sorts of events like the OMM. They have been a great help in preparing for the mental challenge and have given me lots of advice on what to pack.

My partner Wills will be a great asset having done the OMM Light. To date I would say my biggest achievement in running would be the Ragnar Relay this year, battling the elements and doing so without sleep.

WF:  The OMM Light was so much fun - being lost with your mate in a middle of a massive farmers field is a memorable experience. I've also done Midnight Mountain Marathon and 'The Unknown' by Judgement Day which Is a 36 hour endurance challenge. You really can’t explain how hard 'The Unknown' is. 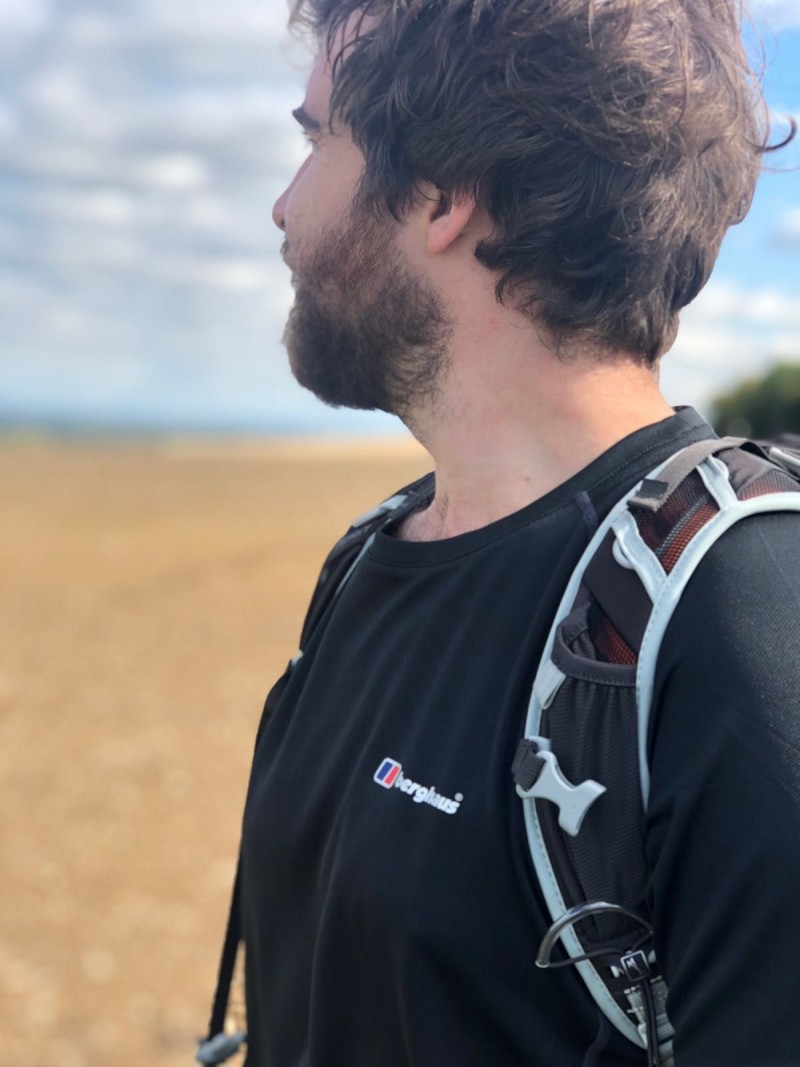 What kind of preparation have you done so far?

CC: I am not following a specific training plan. I am simply trying to run more, keeping to inclines and tough terrain with loose gravel to mimic the terrain we'll run at the OMM.

WF: I’ve been trying to run as much as I can, with and without weight and making sure I hit some varied terrains. I've been getting used to running with the Osprey Talon 33 Rucksack loaded up. I've got all the straps dialed in now so it's actually really comfortable. I live really close to the South Downs which has a great mix of surfaces and plenty of hills. My dog loves to come training too! 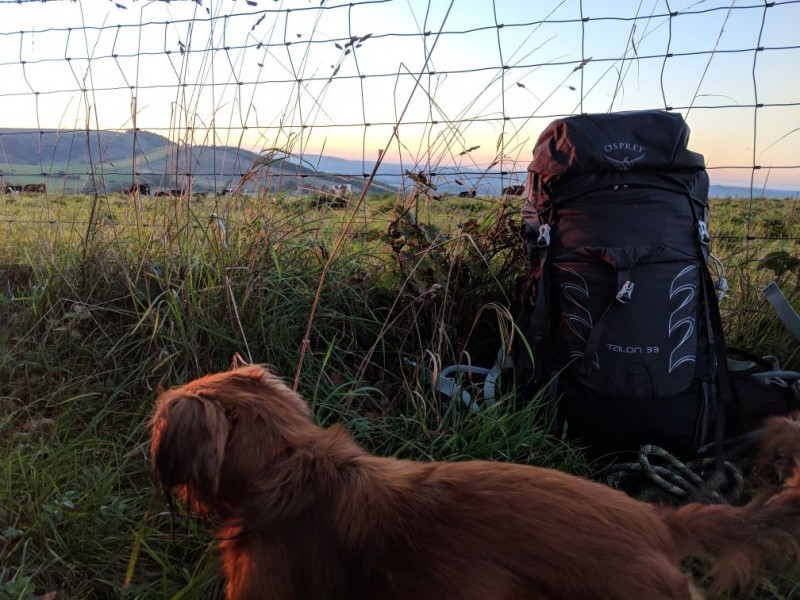 How confident are you with the map-reading bit?

CC: My map-reading skills are currently at entry level (I have never read a map). All I know about navigation is what Bear Grylls taught me - go downstream and you will find civilisation. This probably won't help me at the OMM.

I will be watching a few YouTube videos over the coming week and harnessing Will's knowledge. We're also planning a 'dummy run' in the local area to test ourselves.

WF: My map reading skills are good, but they can always do with a refresh. I’ll be spending some time looking at OS maps to get an idea of what the area is like before we go. 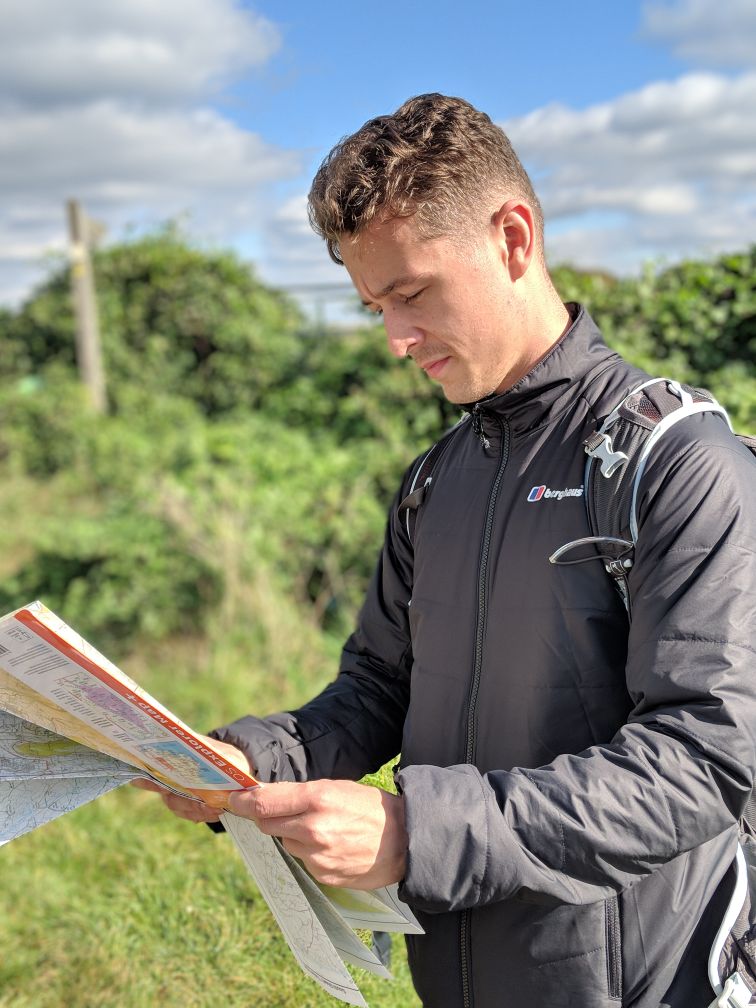 Is there anything about the OMM that you're starting to get worried about?

CC: To be honest, no. When I'm in the moment, I don't really care. I just get my head down and get on with it. I’m actually looking forward to all the tough stuff. Don't get me wrong, I would rather have glorious sunshine, but if it rains, so be it!

WF: I don't think I have any worries, other than making sure we have enough drinking water for the two days. I'm sure we might have to find a fast stream to collect more, but that's part of why I wanted to do this event. 'Off-grid' appeals to me. 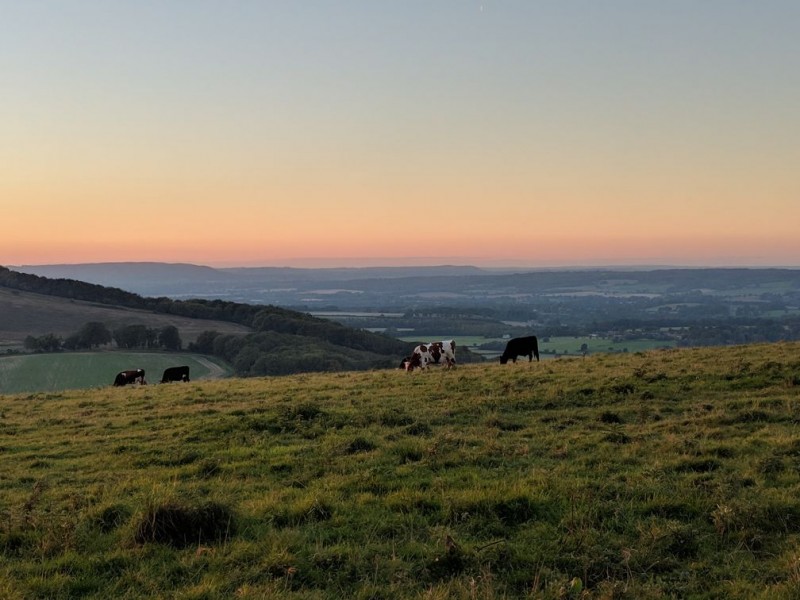 Do you have any tactics/strategy?

CC: My tactic is going to be eat and listen to my body. The last thing I want is to not be in control of my nutrition/hydration and just break down. If I can keep tabs on my physical wellbeing, the mental part should follow suit. The game plan is going to be simple. We'll pick our points wisely, target them, get in and get out, on to the next one and get back in time.

WF: Other than dynamite under rocks (and any other cartoon surprise I can think of), my tactic will be to play it smart rather than go out trying to be the fittest, because I know I won’t be. 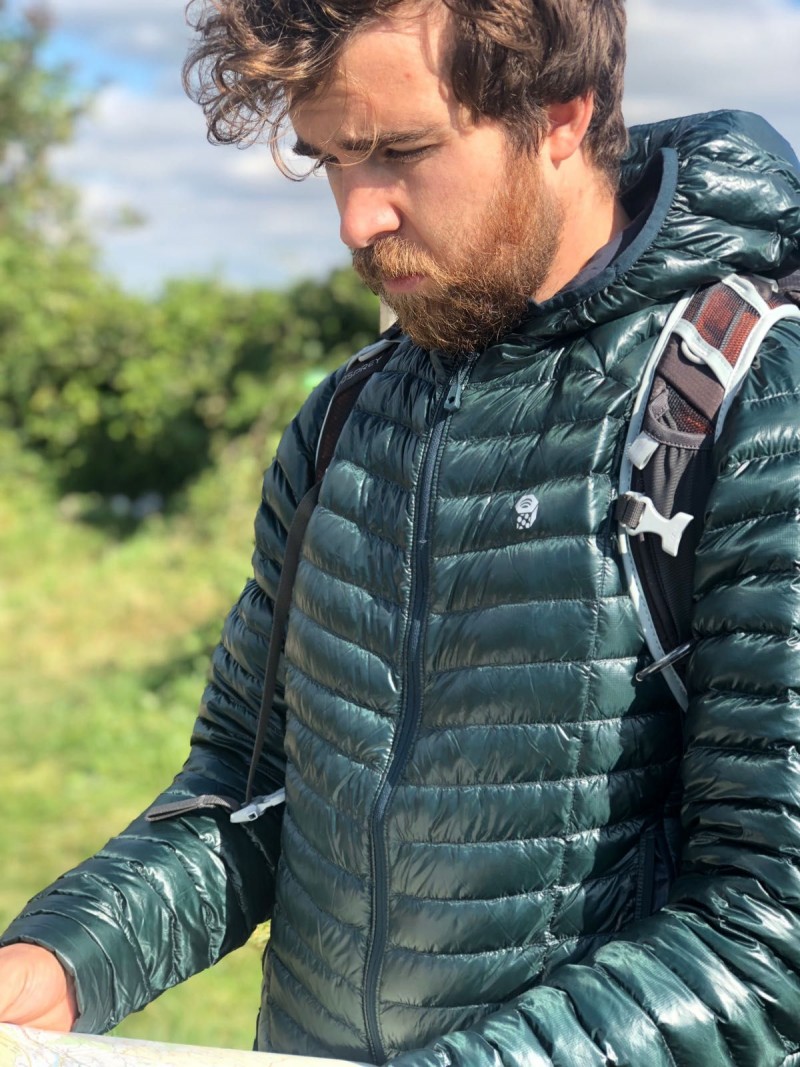 What's your favourite bits of kit you plan on taking to the OMM?

CC: I've been training in my Salomon Exo Motion Shorts which are brilliant. So light and warm - it doesn’t even feel like you're wearing anything! Free as a bird.

It's really important to wear new shoes in before any event so I've been running a lot in my new Ultraendurance shoes from The North Face. I'm impressed with how much grip they have on wet terrain.

I've also just got some Osprey DrySacks to keep my kit organised and dry which I'll be greatful for if it rains.

WF: The Mountain Hardwear Ghost Whisperer Down Hooded Jacket is my new favorite thing. It's so warm but packs down to an unbelievably tiny package and weighs just under 200g so if we're lucky with the weather and I end up carrying it, it's not going to weigh me down.

I also love my Berghaus Fast Hike Pants. They're so comfortable I would be wearing them all day but I've been told they're not 'appropriate office wear.'

Top tips from an OMM veteran

How to get started with trail running