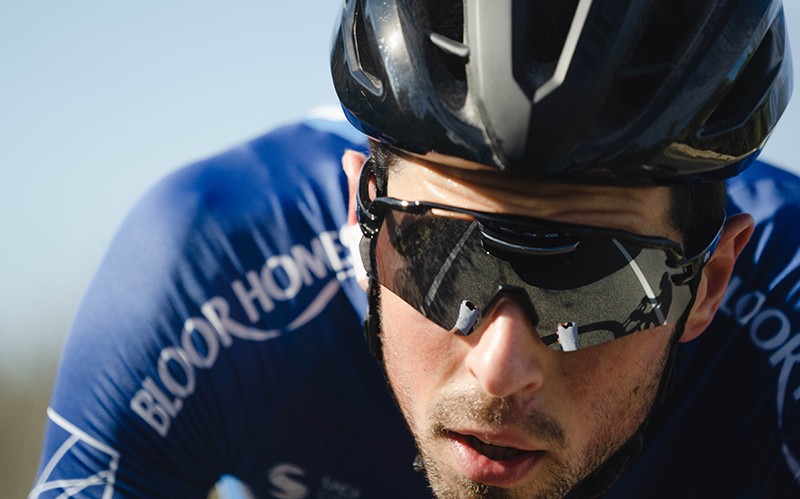 That’s Alex Paton’s verdict on the transformation of performance sportswear brand dhb since he first pulled on an Aeron jersey at the beginning of 2018.

Portsmouth-based dhb arrived at the same time – as sports director and owner Tim Elverson put the foundations in place for a partnership which continues to flourish.

Now known as Canyon dhb p/b Soreen, with the official kit supplier stepping up as headline partner in 2019, the squad is the most powerful on these shores behind Team Ineos.

According to Paton, the team’s rise to prominence has been matched wheel-for-wheel by dhb’s emergence as a major player in the world of cycling apparel.

And he has been proud to play his part – with expert testing and feedback shaping the evolution of the brand’s cycle kit from top to bottom.

The 2018 Tour of Britain sprints classification winner said: “When I first heard we were going to wear dhb, I had low expectations.

“I always thought of dhb as a budget, cheap as you can brand. But I remember opening the box and thinking it was better than I expected.

“I guess people’s perception was not in line with the quality of the products. And I was one of those who thought he knew better. It was a bit of cycle snobbery on my part. 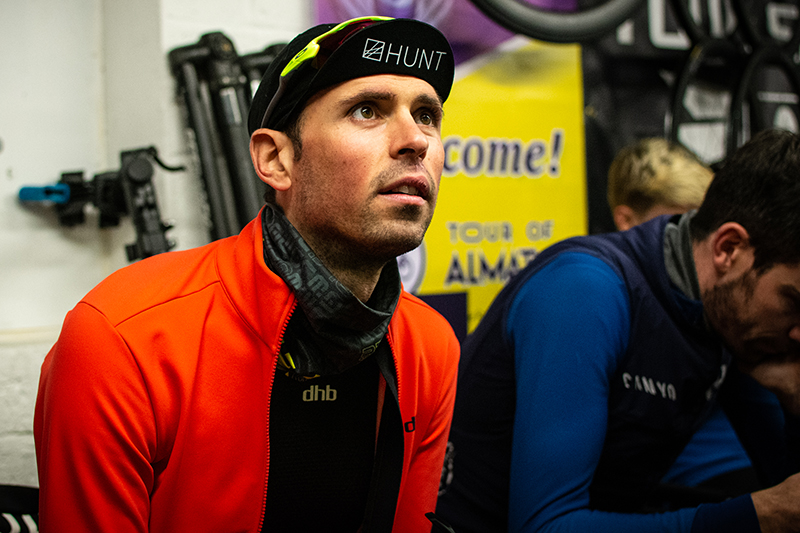 “But then you get to meet the people and understand what dhb is about. Suddenly you can see past those preconceptions and begin to appreciate what you have in front of you.

“The kit we had was pretty good. I remember looking online and thinking there were some really good products in the range – and some not so good!

“Some pieces had real promise and we (the riders) were able to help dhb make some small refinements to finish them off.

“There were others which had bigger problems. The overshoes were a bit hit and miss in the early days but they have evolved really well and we now have some great options.

“(From then to now) it’s like night and day, in many ways. This year there has not been a single product I’ve got out of the packet and been disappointed with.

“Each season dhb have taken feedback from myself and the other riders, refined the kit and we’ve got to a point now where we are super happy and confident in it all.

“The speedsuit has come out really, really well. The bib shorts have new material on the side panels and it’s an improvement again.

“I’m a big fan of saying if something is good and being honest if something could be better. I’ve always had an interest and a passion in how things work – be that kit or bikes.

“I hate not understanding why things work. If someone tells me a jersey is good, I want to look at it and I want to test it. Do I agree with them? I want to build my own opinion of it.

“So then to feel you have had even the slightest involvement in improving a piece of kit is extremely rewarding. 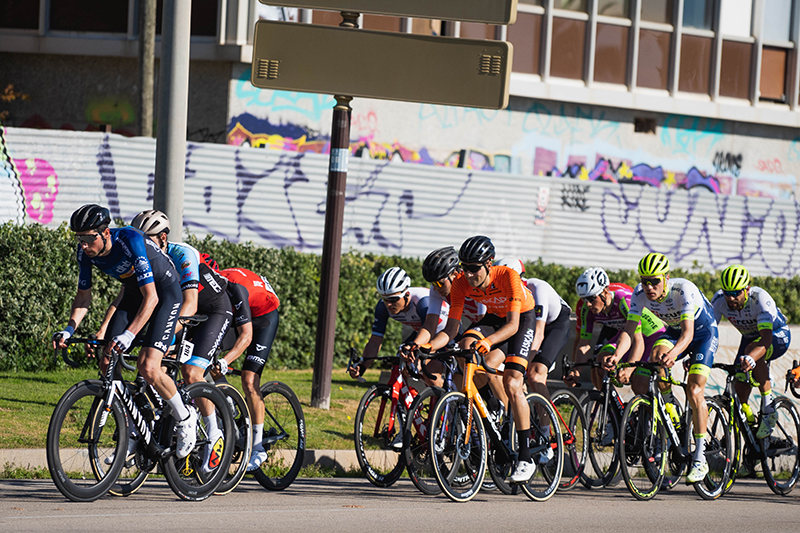 “I look at the speedsuit and think even if I’ve had the smallest impact in how this has turned out, if something I’ve said has helped someone tweak something, that’s really cool and something to be proud of.

“I bought an Aeron Rain Defence Jersey earlier this year. I remember discussing the pockets with Rich (Land, senior product manager) and we thought of adding a pump pocket.

“Almost a year-and-a-half later, I’ve gone and bought it online, pulled it out of the packet and thought wow, there’s the pump pocket.

“These products are a combination of multiple people’s ideas coming together and gradually pulling in the right direction. To feel like you have been part of that journey is really cool and unique.”

dhb’s hunger for improvement and innovation, which convinced them to partner the team in the first place, was underlined when they stepped into the wind tunnel last year.

A determination to send Canyon dhb p/b Soreen into battle with their fastest kit yet inspired the visit to the RJ Mitchell Wind Tunnel at the University of Southampton.

Paton was in the saddle as dhb compared fabrics and experimented with seamlines for their 2020 Aeron LAB Raceline collection, which comprises of a redeveloped speedsuit, jersey and bib shorts.

The two-times national junior cyclocross champion said: “Three years ago I could not have imagined dhb in a wind tunnel.

“But it was a great experience and shows just how determined they are to provide this squad – and their customers – with the best kit possible.

“People don’t realise there is a whole team of people in Portsmouth developing this kit. People working extremely hard every day to come up with new ideas and solutions to problems. 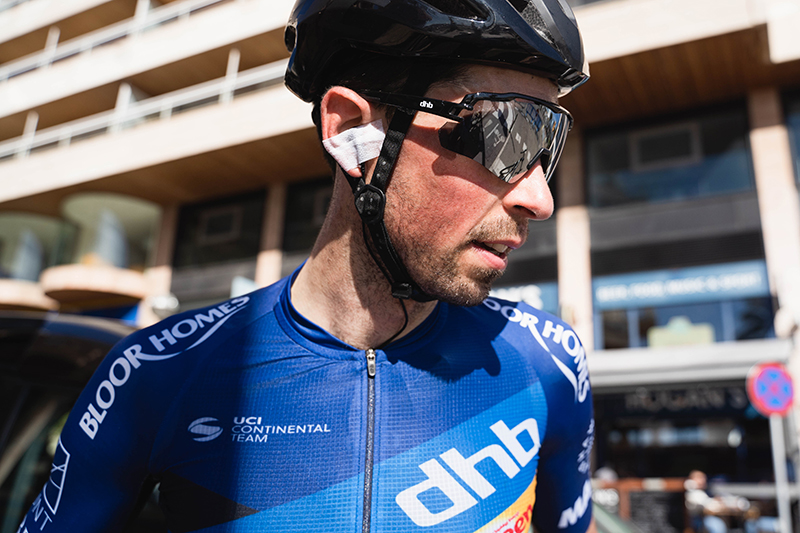 “A lot just assume there are a couple of guys thinking they better bring out a few new designs each year and then ringing up a factory to see what they can offer.

“Then there are people like myself testing these products. Does the seam last? Argh no, the seam’s not so good. Right, back to the factory to reinforce the stitching.

“That stuff bypasses people. They don’t realise it is happening. This is not a faceless online company run by a couple of blokes making millions.

“There is a team of passionate people behind these products. I had no idea how big it was at first. You don’t think through the process.

“I’m now so desperate to use the kit I’ve been training in my speedsuit! We’ve spoken in detail about how we use the different materials and I wanted know what it feels like.

“You put it on and it instantly feels faster. Whether you can put a value on it or not is always a source of debate but something feels different. It feels better.

“Ultimately that is what everyone is searching and striving for. People want that feeling when they spend their money on kit.”

Stedman, pictured below, then delivered the squad’s biggest win to date when he claimed general classification glory at the 2.1 Tour of Turkey in February.

And with Brenton Jones, pictured bottom, and Matt Bostock finishing second and third, respectively, in the 1.2 Dorpenomloop Rucphen in Holland days before lockdown – the team are currently ranked among the world’s best at Continental level. 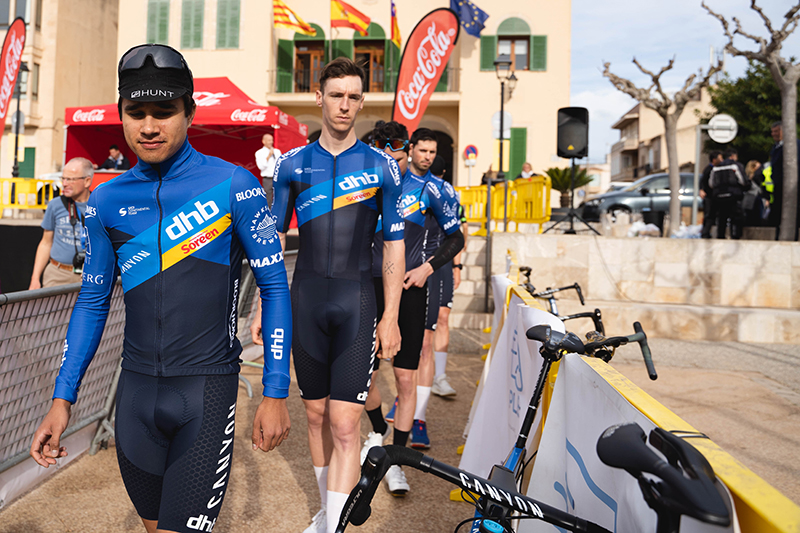 Paton admits staying motivated during lockdown has been difficult. And while he hopes for a return to racing soon, he recognises cycling must take a back seat.

The 30-year-old said: “It’s frustrating. Like everyone else I’d worked hard this winter, sacrificed so much and then to have it taken away is quite a hard thing to deal with mentally.

“It has been really hard to stay motivated at times. You can get into a bit of a negative mindset and question why you keep doing things.

“You need help and people around you to support you. It is how it is, we have to get on with it, get things done and keep ourselves ticking over because at some point racing will return.

“If there is the opportunity to race again this year, that will be great. I hope we can work out a way of getting to some bike races.

“But what is most important is as a country and the world in general, we get back to normality – or somewhere close. Cycling cannot take priority over that.”

On May 5, the UCI announced a revised World Tour calendar which begins with the Strade Bianche on August 1 and finishes when the Vuelta a España winner is crowned on November 8.

A Europe Tour schedule, which Canyon dhb p/b Soreen would be heavily involved in, is expected to follow a similar timeline.

However, the Tour of Britain – originally set to start in Cornwall on September 8 – has already been cancelled and will return in 2021.

dhb are also the official kit supplier of Australian women’s road team Sydney Uni-Staminade and sponsored the Bay Crits, below, in Victoria in January. 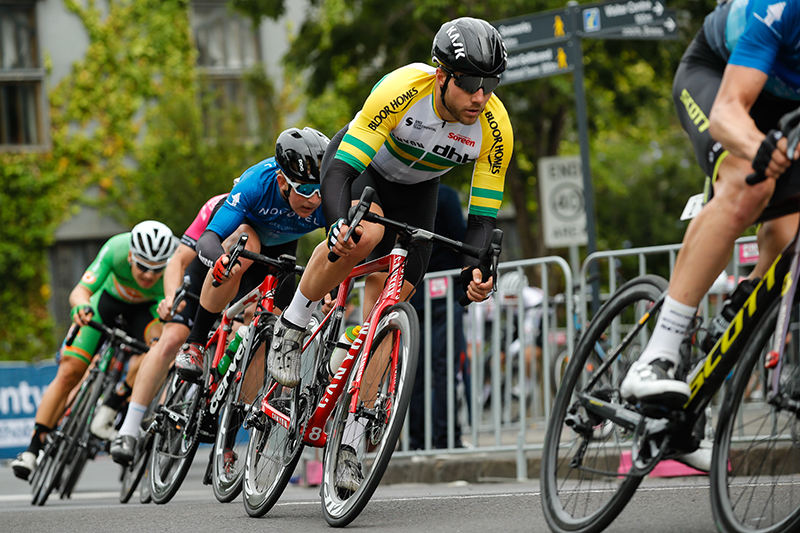 Posted in Cycle and tagged Cycle