Our top six trends from Eurobike 2019 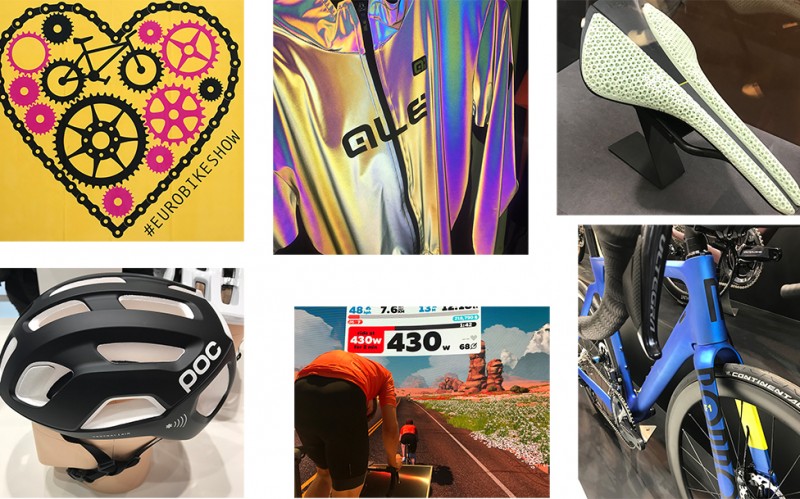 Eurobike 2019 is the world's biggest cycling industry trade show. With over 1,400 exhibitors, it's the place where you'll find all the latest innovations, trends and technologies.

Here are some of our highlights that we'll be watching out for over the coming year.

Indoor training got even more realistic

Mountain bike trails finally come to Zwift. The new steering functionality works with a mobile app that uses your phone's accelerometer to detect movement.
As you'd expect from the masters of gamification, you'll get real-time feedback on your performance and even star-ratings on certain segments. 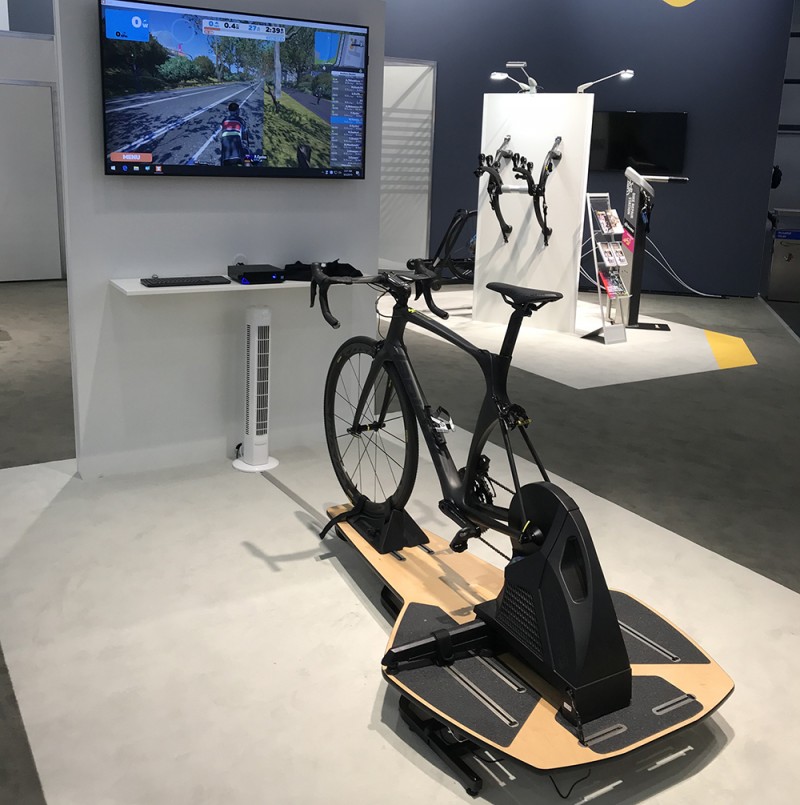 Saris (the brand formerly known as CyclOps), introduced the MP1 NFinity Trainer Platform which enables movement from side to side, as well as fore and aft. Not only will this make your training feel more like riding outdoors, but the brand claim it will alleviate saddle and foot pressure and even encourage you to use more muscles than you would on a standard trainer.
The new generation of smart bikes promises to replicate the feel of outdoor biking and advanced connectivity features aim to enhance your experience on platforms like Zwift and TrainerRoad. 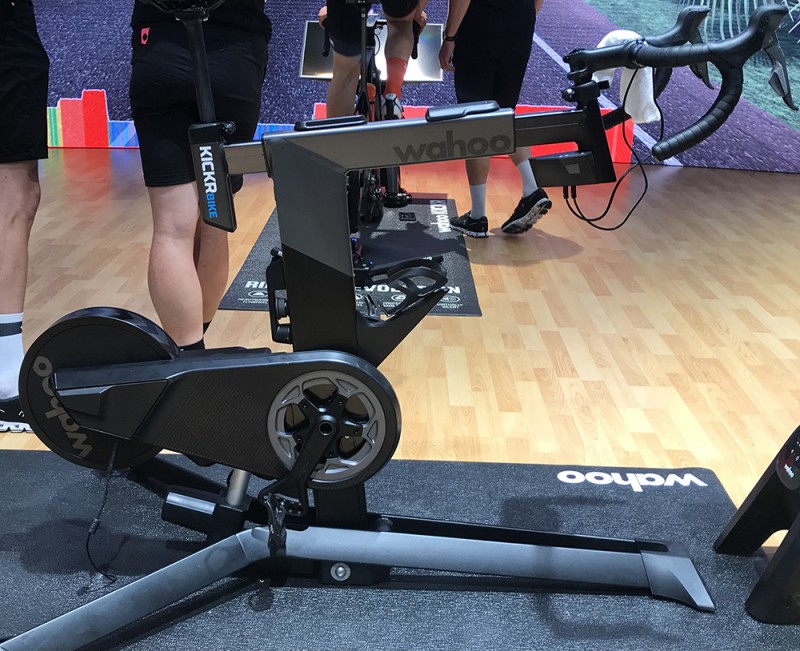 Wahoo's imaginatively named KICKR BIKE is easy to set up to mirror the fit of your outdoor bike - just take a photo on your phone and the app will tell you all the settings you need. You can also match the exact gear ratios and even the groupset.
For those who love the mountains, the KICKR BIKE has the tilting feature we saw first on the KICKR CLIMB so you can tackle gradients of up to 20%. 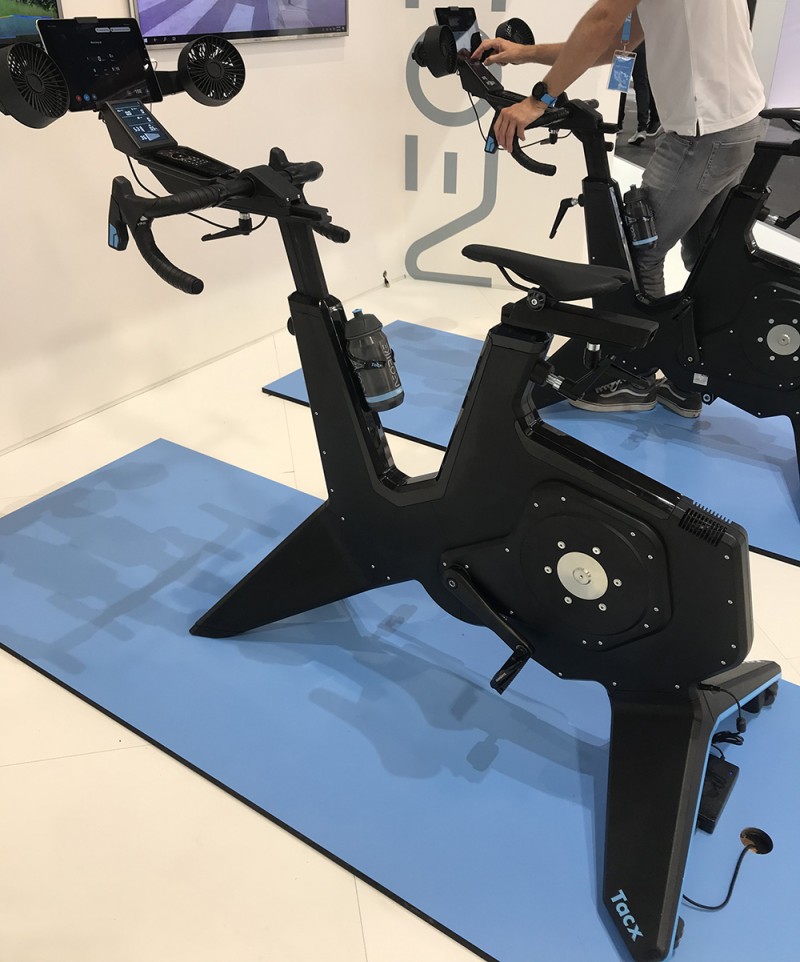 Like the Wahoo, the Tacx NEO Bike Smart can also be set up to mimic your road bike and we were impressed by how smooth and quiet it was.
Fans on either side can be set up to adjust according to your speed, power and heart rate and there's also a couple of USB chargers to keep your smartphone topped up.

E-bikes got even lighter 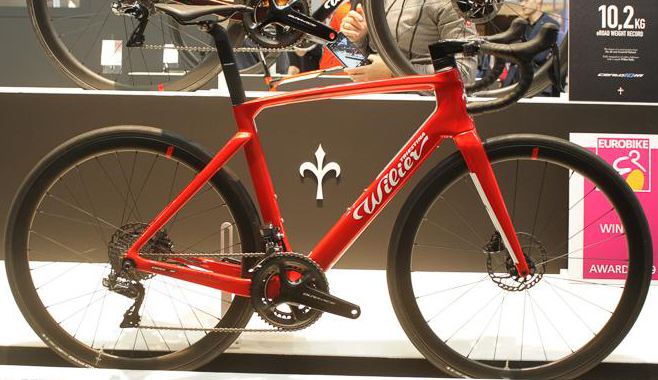 eBikes were everywhere at Eurobike but the one that caught our eye was the new Willier Cento 10. Weighing in at a mere 10.2kg, the brand claim that it sets a new world record for a performance road e-bike. The stealthy control button on the side of the stem means nobody will suspect a thing. 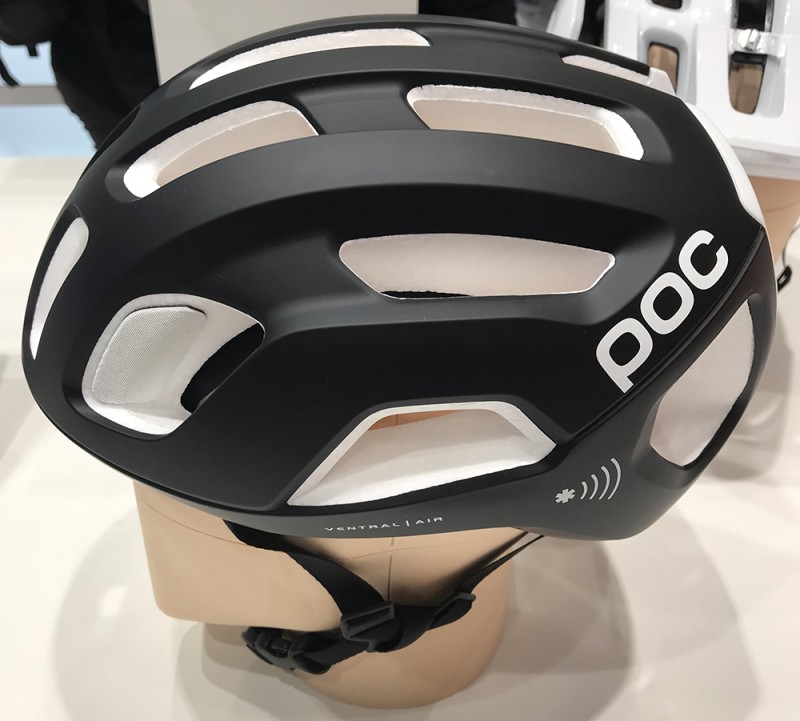 POC's Vectral Air Spin and Tectal Race Spin are updated for 2020 with NFC technology. An NFC chip uses RFID and allows the wearer to store emergency medical information in their helmet. This potentially life-saving data can be easily accessed by first responders by simply holding a smartphone over it.

Transitions lenses that adapt to light conditions have been around for a long time. POC take a fresh approach with their new Solar Switch lens, using a liquid crystal layer that instantly changes the tint based on prevailing light conditions.

Saddles got the 3D printing treatment 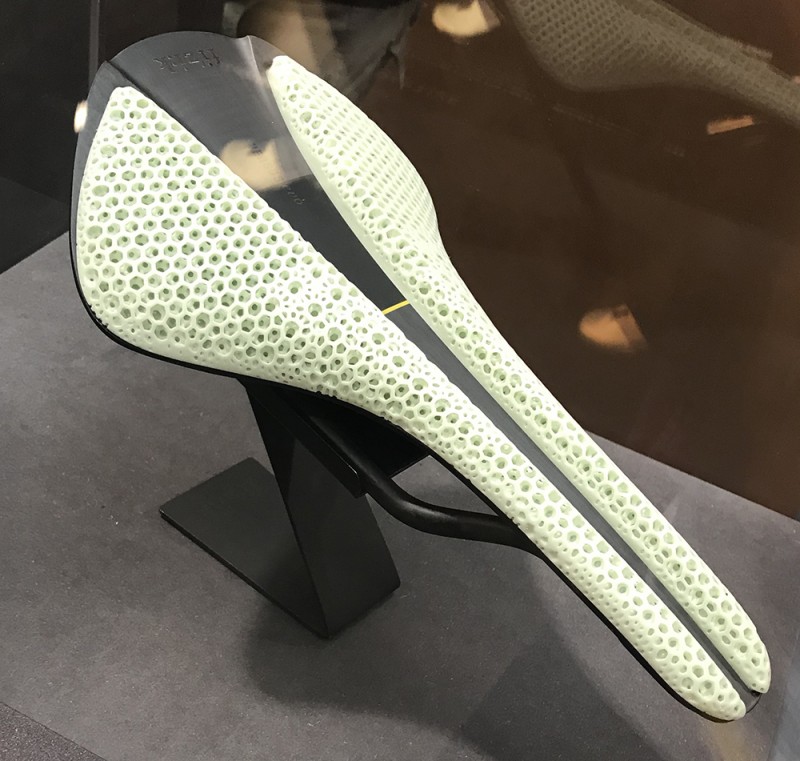 Fi'zi:k has worked with Californian 3D Printing experts Carbon to create a polymer lattice padding for their new Adaptive Saddle.

The revolutionary Digital Light Synthesis (DLS) printing method allows the lattice geometry to be precisely engineered for support, cushioning and power transfer exactly where it is needed. In the long-term, this technology could be used to create a saddle that's optimised just for you.

Apparently, eighteen factories told Knog that their new Cobber light would be impossible to make. Boasting an impressive 470 lumens for the front and 270 for the rear, the Knog Cobber delivers true wrap-around visibility so you can be seen from all angles and you can customise the flash mode in their Mode Maker app.
Lezyne's Connect Drive connects to a wireless remote that sits on your handlebars so you have complete control as the light starts to fade. Both the front and rear feature a daytime flash mode which, according to the brand, is 'highly disruptive.'

The latest retro-reflective kit features an iridescent microbead glass finish which lights up in an eye-catching rainbow of colour when caught in the beams of headlights and streetlights. We saw this amazing oil-slick technology on a windproof from Alé and the Northwave Extreme RR shoes. 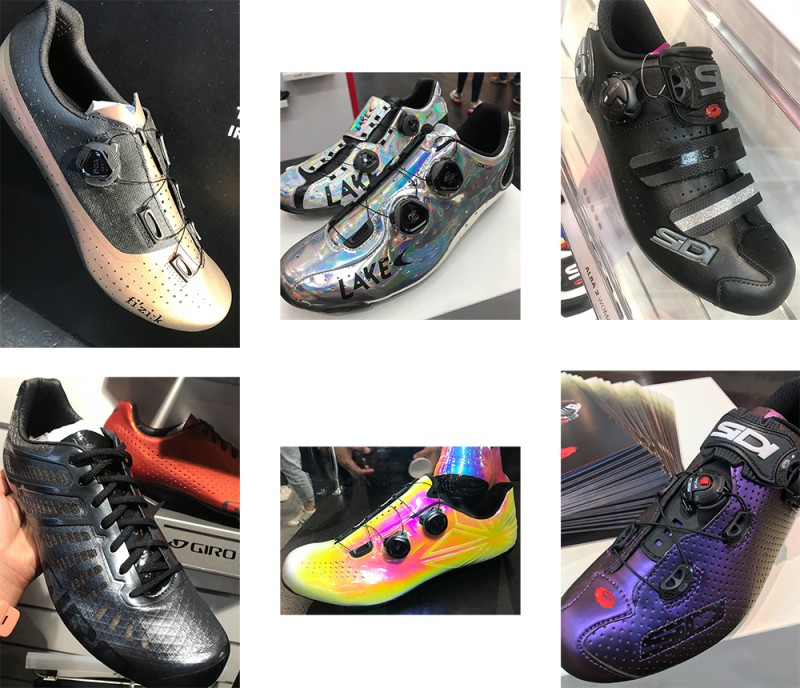 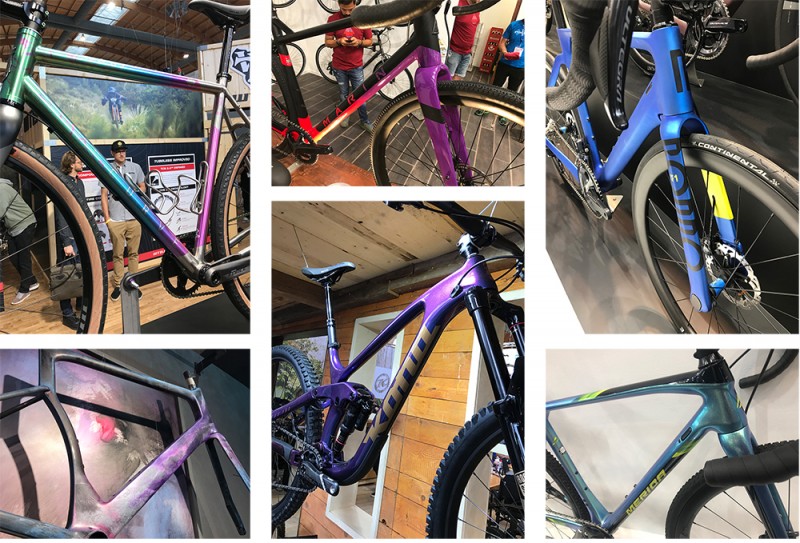 We also spotted some impressive paintwork on bike frames in a wide range of textures and colours, from understated mattes to colour-shifting iridescents.
2020 is looking bright!
Posted in Cycle and tagged cycling, Eurobike, bikes, bike show, cycling trends