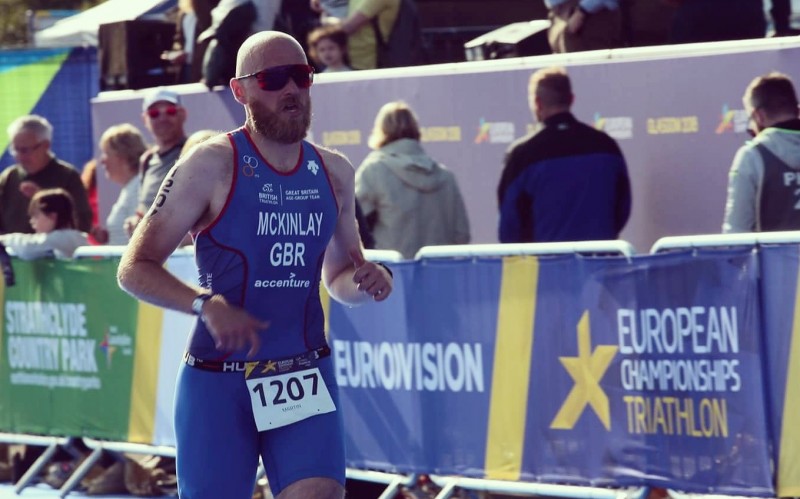 It’s not every day that you’re doing your weekend shopping and you receive an email from British Triathlon congratulating you for making the Age Group squad for the European Championships.

A year of training harder than I ever have before had paid off. My performance at the qualifying event at Thorpe Park in September last year had been good enough for me to be invited to compete for my country.

Before I go on, it's probably best to explain exactly what Age Group triathlon is (I’ve become versed in explaining it over the last few months). 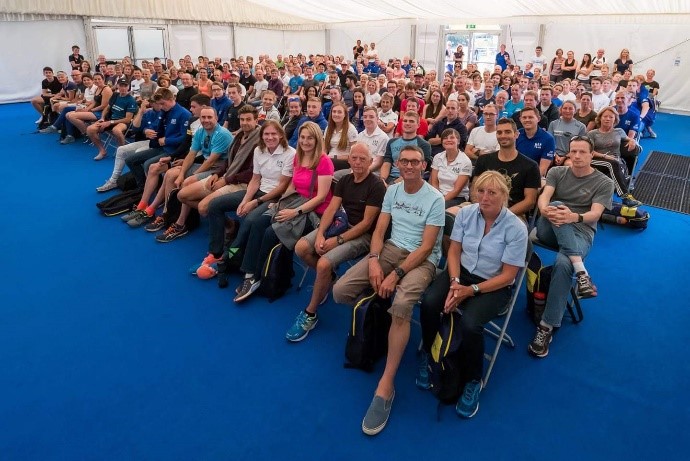 Triathlon is one of the few sports that allows amateur athletes to compete for their country, via set age groups. To qualify for the Team GB squad, you must race at one of three designated races. If you finish in the top four you qualify automatically. Then there are 'roll down' places for athletes who finish within 20% of the winner's time.

The qualification system means that on average twenty male and twenty female athletes will compete within their age group. Age groups are split into five years each so I was called up to the 30-34 team. Simple?!

So, having received confirmation from British Triathlon, I spent the next couple of months ramping up training even more than I had before. I also had to plan how and when I would be making my way up to Glasgow for the championships.

If you watched the games on the TV, you will know that this was the first time that multiple sports had been pulled together at the same event to crown their European champions, including Triathlon. Since the elites would be there, it made sense to hold the Age Group championship at the same time. 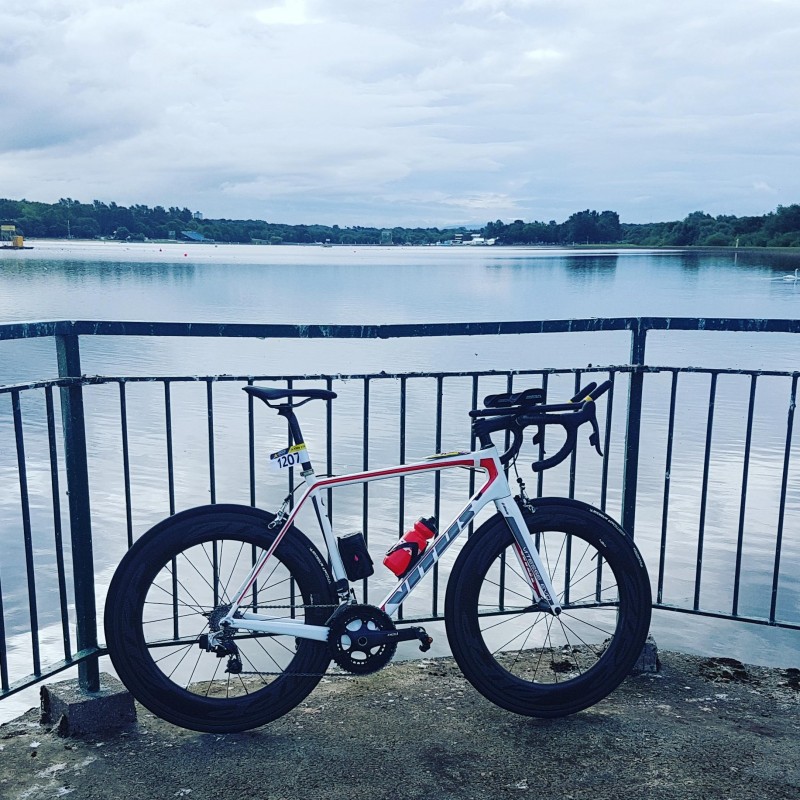 A big part of my preparation was to look for every marginal gain I could find, not just in training but also with my kit. Here's what I ended up using for training and for the main event: 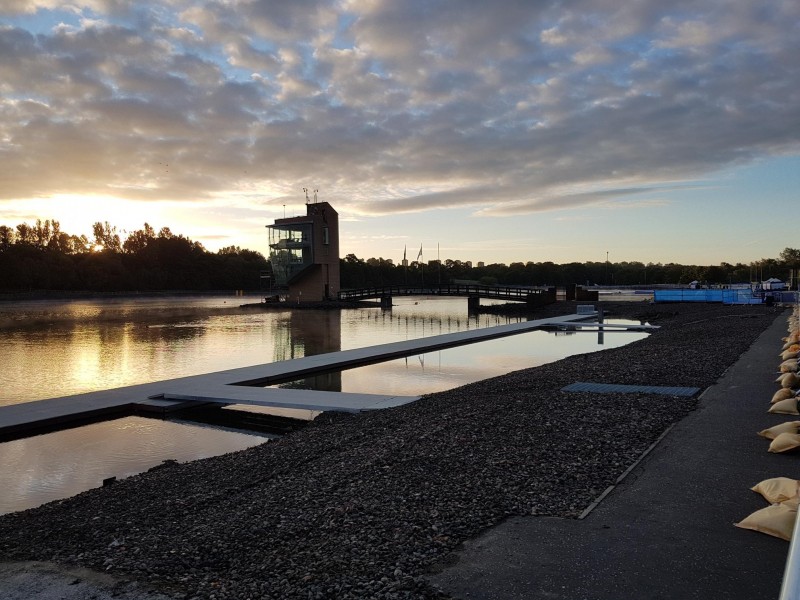 Thanks to a busy race schedule the Euros came around quickly. My friends at Suunto gave me a place at the London Tri where I won my Age Group in the Saturday Sprint event which was a big confidence boost.

I decided to make my way to Glasgow on the Wednesday before the race weekend, breaking my journey in Warrington to check out the Autumn/Winter collection at Asics HQ (keep an eye on Wiggle in 2019).

From there, I carried on northwards to Strathclyde Country Park, the venue for the race. Thursday was registration followed by a Team GB briefing, where all Age Groupers gathered to hear the rules for the race alongside tips and motivational speeches from the GB coaches.

Friday was an early start as we had both bike and swim recces. The bike course would be closed in the lead-up to the race so this would be the only opportunity to suss out the flow of the course.

It was then time to set up my bike in transition and get my kit into position. This would be the last time I could enter transition until 45 minutes before my race on the Saturday. Friday afternoon was spent watching the Men’s elite race around the same course, as Alistair Brownlee attempted unsuccessfully to retain his Euro title. 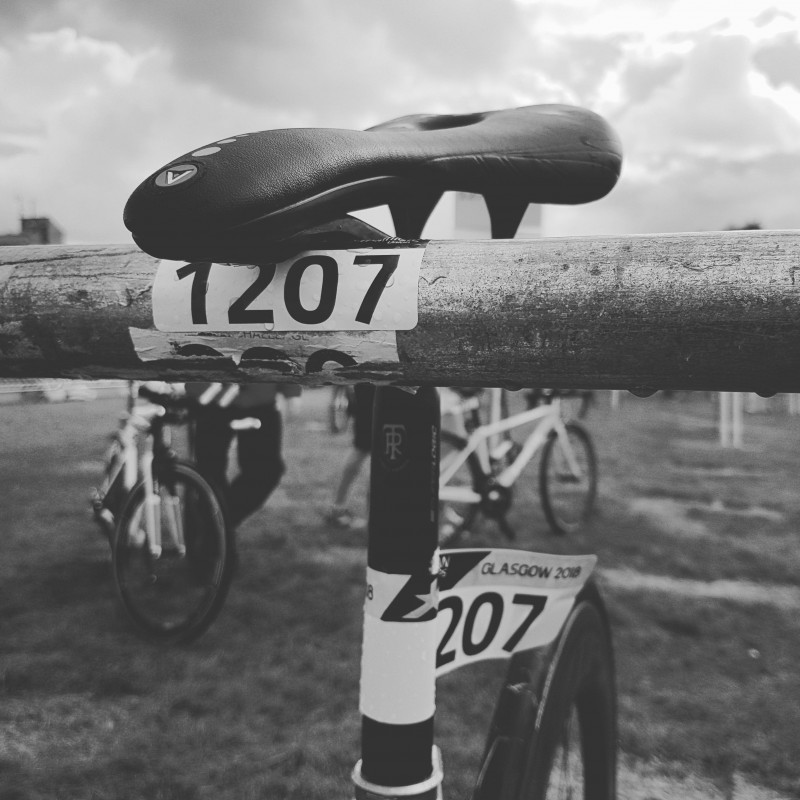 The alarm clock went off at 4am. Not that I needed it. Nerves had kept me up for most of the night. A quick pot of porridge, a hot espresso and one last bag check and I set off for the country park. The athletes had access to shuttle buses that ran the length of the lake, which that morning had a beautiful mist rising off of it as the sun rose.

Upon arrival, I headed straight into transition for a few last-minute checks and tweaks, putting my bike shoes into the pedals and applying my nutrition to the top tube. As my race was the third in the schedule, there wasn’t long to wait. I found a quiet spot in the car park and did a short warm-up, concentrating on the arms and legs, finishing with a stretch. Then it was time to suit up!

My dhb Aeron Lab suit was new to my kit bag this year but it feels like I’ve been using it for years. I helped test it in the prior year before release so popping it on that morning helped my confidence.

The competitors in my age group, which included French, Italian, Russian, Belgian, Hungarian and a huge contingent of GB, were called to the holding area next to the grandstand. The commentator then proceeded to call out some of the favourites in the race, the crowds cheering for every homegrown name called out. We then jumped off the pontoon for an in water start and awaited the countdown. 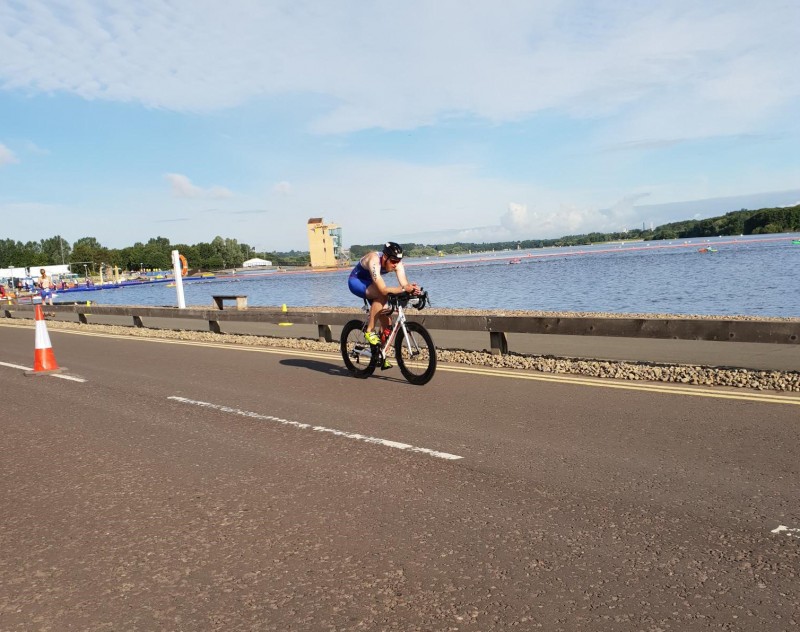 I don’t know if it was the nerves, excitement or the acoustics but I didn’t hear any of the dramatic countdown until the starting pistol sounded.  The start was nothing short of hectic! Over 70 of us sprinted off the pontoon, heading to the first buoy before completing a circuit of 750m. As things started to settle, I found myself near the back of the race, so I targeted a group ahead of me and tried to catch them. This led me into a group of my own and despite giving it everything, I couldn’t gain ground. As I exited the water and up the ramp, I was furious with myself for falling so far back.

I sprinted the 200m into transition, grabbed my bike and flew out onto the bike leg. The frustration actually resulted in a top ten time for T1! The bike course was a 12km out and back, through the forest and up to the top of the hill. Tight and twisty, it suited me, and I set about chasing down those in front of me. On the climbs, my light and nimble Vitus Evo gave me the advantage out of the saddle where I overtook those on heavier TT bikes whilst on the return, taking a racing line again helped me to take back more places. In total, I had passed twelve competitors as I headed into T2.

The run headed back out in the forest, a mixture of gravel, tarmac and trail. With nothing to lose, I set myself a pace to stick at and set off in pursuit of a group of three up the road. Within 800m, I’d caught them and as the course started to go up, I passed a few more, feeling strong as we turned back at 2.5km. I knew I could up the pace on the return due to the descent, which helped my confidence. After passing two more, I sprinted the last 1km. 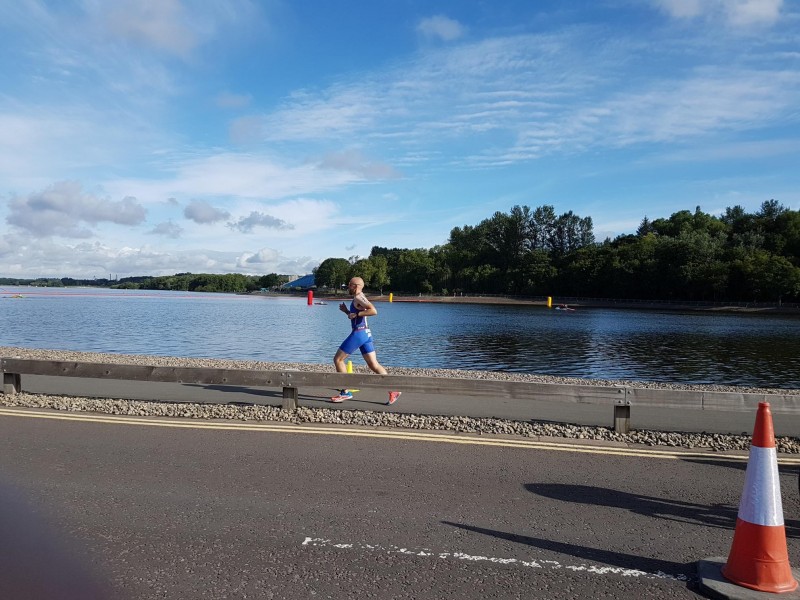 Despite being a way back, the home crowd gave me a huge cheer on the final straight and on to the blue carpet. Looking up, I could see on the screens that I had finished in 44th, surpassing my own goal of not finishing last.

Sat behind the finish line, holding my medal, it felt like every minute of training in the rain, wind and heat was worth it. I had said before that this was going to be my only attempt at racing for Team GB but the whole weekend has given me the bug.

Before I sign off, a huge thank you to those that helped me get to the Euros;