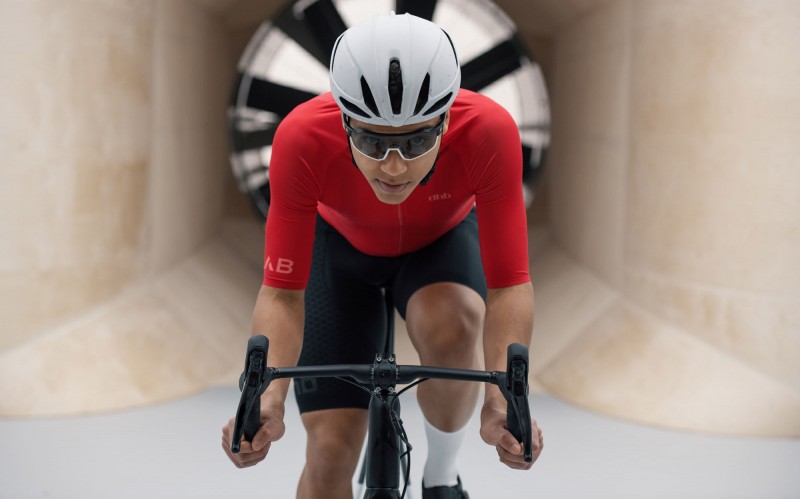 Performance cycling component brand Prime launches the latest iteration of their popular Primavera Aero Carbon handlebar, which is even lighter, stiffer and stronger. We went behind the scenes to find out what's changed.

Get the Prime Primavera Aero Carbon Handlebar at Wiggle

Building on the success of the original, the designers at Prime wanted to create a handlebar with more aggressive looks, backed up by improved aero performance, lighter weight, increased stiffness and better ergonomics. A handlebar that meets the high demands of road racing, delivering those marginal gains to propel you to the top of the podium.

In addition to performance and comfort, the team also wanted to improve the cable routing in the new handlebar, giving riders a neat solution for stashing their mechanical or electronic system cables, helping them to save further watts.

At the earliest stages, the designers used 3D modelling to visualise how their geometry requirements and design concepts could be realised in the final product.

Ergonomics, strength and structure were the key principles in designing how the surfaces connect and flow. 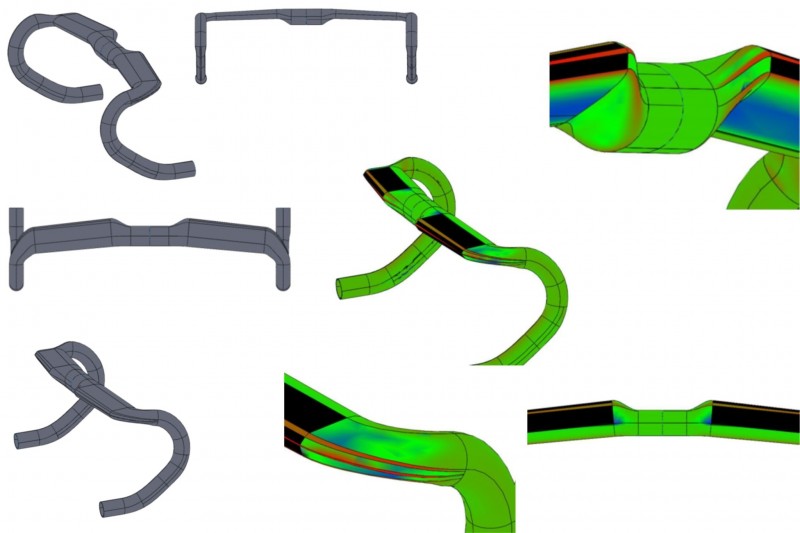 Building on the original Primavera Aero Carbon handlebar, the team looked for opportunities to adapt profiles for improvements in grip, comfort and aerodynamics without compromising on strength.

The crossbar section has been designed to mimic a tapered wing profile that can slice through the air. The profile of the drops is modelled on a teardrop shape which is comfortable to grip even during hard efforts. 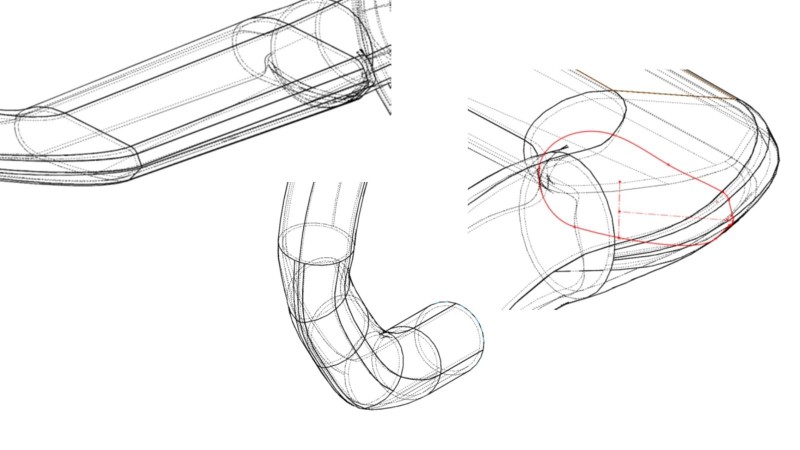 One of the key design requirements was improving the lever fitment. Users of the previous version had difficulty fitting certain brands of hydraulic brake levers.

The new version has been updated and tested to make sure that it's fully compatible with all the existing brake levers on the market today.

Improving the cable-routing for mechanical and electronic groupsets

The cable routing has been thoughtfully designed to make wiring the handlebars up as easy and clean as possible, whether you're an experienced shop mechanic or fitting the bars at home. The routing picks up the natural cable flow from both Shimano and SRAM brake levers seamlessly.

If your bike has full internal routing through the stem, there's even a cable entry hole that sits within the stem clamping area.

Before committing to production, initial prototyping allowed the team at Prime to test and further refinine the design.

3D printing is a quick and easy way to create the first prototypes, letting the designers check component fitment, cable routing and the ergonomics of the handlebars. 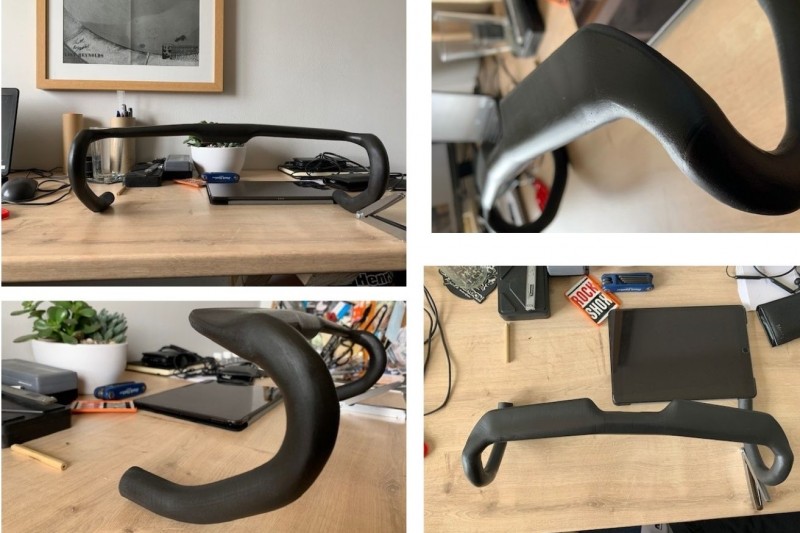 Aside from the standard ISO testing, the team at Prime tested and compared the handlebar to its predecessor as well as some of the key competitors.

Shear measures the weight load in Nm at which the bar breaks when an increased force is applied.

Here's how the new Primavera Aero Carbon Handlebar stacks up against its predecessor:

- This revised Prime bar is 13% lighter when compared to the previous model.

Before the design team were happy to release the new Prime Primavera Aero Carbon Handlebars, they needed to be one-hundred per cent sure that they fulfilled their original design brief and offered a genuine improvement over the predecessor.

Prime Design engineer Ben Marvin, plus road racers Chris McGlinchey and Jonny Dooey were already familiar with the first Primavera carbon aero bar so they knew what the new version would be up against. They spent six months thrashing out the miles on the updated bars before they were happy for the bars to finally be released.

Following intensive real-world testing, the team set about putting some final finishing touches to the design.

On the tops of the bars, where you wouldn't normally have bar tape, a dimpled finish was applied which would give the rider more grip.

Fibre paint was added to the stem and lever clamping area to improve grip and prevent slipping. 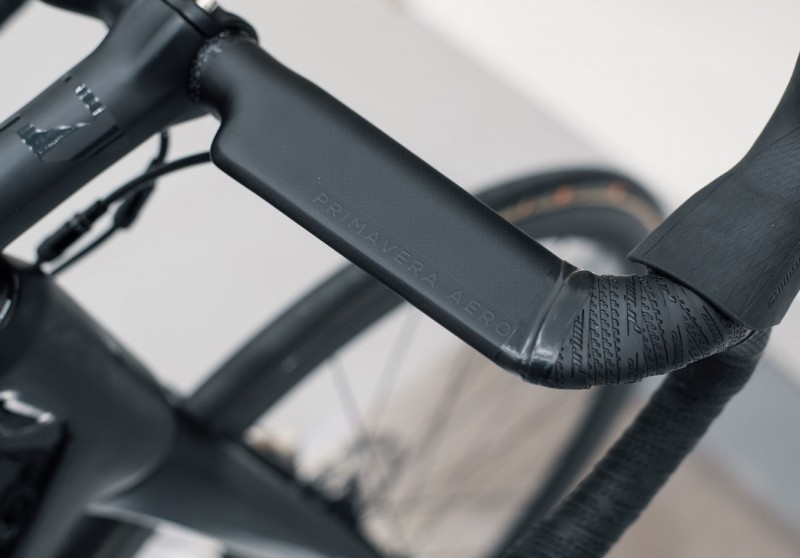 The long process of development, prototyping and testing is finally over and we think that the Primavera Aero Carbon Bar mark two was worth the wait.

Lightweight and compliant, without sacrificing strength, these race-ready handlebars will help you to achieve those all-important marginal gains. 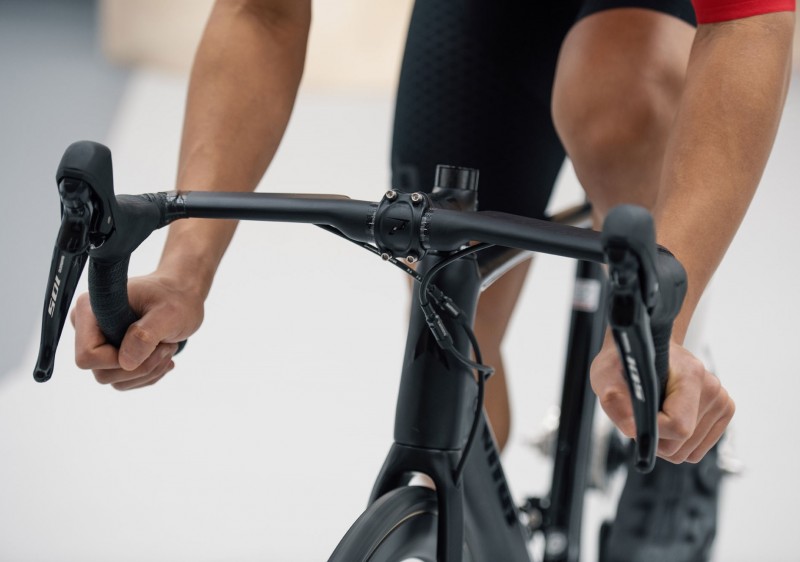 Here are the vital statistics of the new and improved Prime Primavera Aero Carbon Handlebars:

Get the Prime Primavera Aero Carbon Handlebars at Wiggle