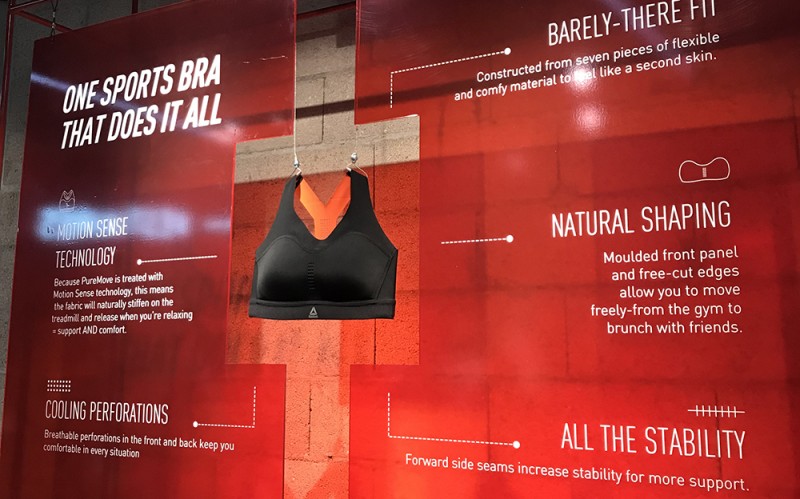 'So what are you going to write about the bra then?' my colleague Marketing Manager Lucy asks as we wait to board our flight back to the UK.

I pause to think. 'There's not much to say is there.'

We had just spent a whole day with Reebok getting to know the new Reebok Pure Move Sports Bra and this was the best I could come up with.

To be honest, having been pushed to the sweaty limit in a High Intensity Interval class at their flagship gym, La Salle de Sport, then having marched across town to a celebration at the Palais de Tokyo in my new bra, there wasn't much to say about it.

And that's a good thing. It just worked. 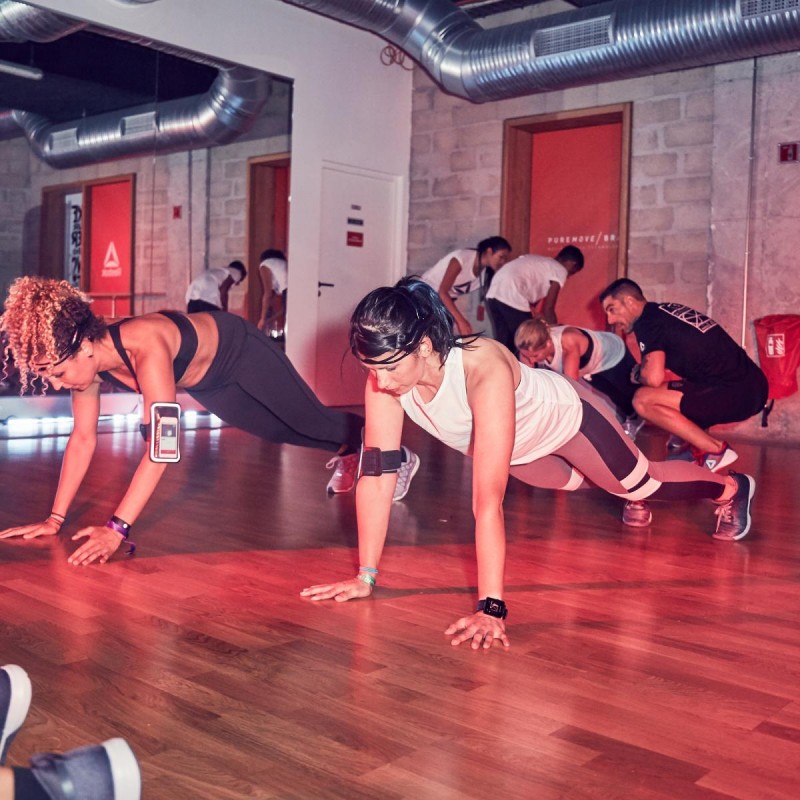 Since a frustrated runner sewed two jock straps together to create the first sports bra forty years ago, it's become an essential bit of kit for active women. It's also become an instrument of torture.

According to research conducted by Reebok, one in five women avoid exercise because they don't have the right bra. Half of all women experience breast pain when they exercise. An astonishing 70% of women are wearing the wrong size bra.

There are over 300 sports bra manufacturers worldwide but evidently, for many women, the solution is still yet to be found.

That's not to say there aren't decent sports bras out there. However, for many brands the solution has been to specialise, to create different styles to support different activities. Confusing.

Reebok wanted to simplify things, take the guesswork out of finding the right sports bra and just support women in getting on with their workouts, free from pain and discomfort.

It's taken three years of intensive research, testing and development, but they think they've finally cracked it.

At the Reebok Pure Move Sports Bra launch in Paris we were able to meet the Reebok Innovation Apparel Team who explained the long process to get where we are today. 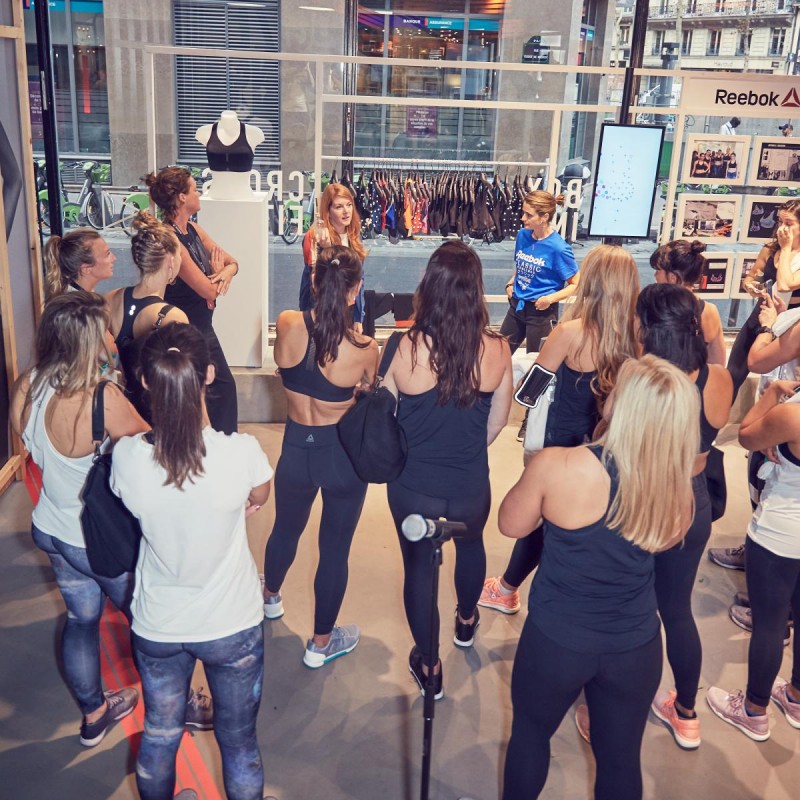 Danielle Witek, Senior Innovation Apparel Designer, explained that an important early piece of research was a study of breast biomechanics in water. 'The water supported the breasts with perfect timing so the faster they were moving the more supported they were. I thought how incredible it would be to recreate this feeling in a sports bra.'

Together with the University of Delaware, the team started to work with STF technology – that's Sheer Thickening Fluid – a non-Newtonian fluid that was originally used for bullet proof vests. Ordinarily it's like a liquid but under stress it stiffens.

Ordinarily you need 14 layers of Kevlar to make something bullet proof but by adding this STF it was possible to reduce that to 4 layers, creating lighter, more comfortable protection. 'I thought about whether we could use the same fluid as a fabric treatment to create a kind of external muscle that responds to your movements,' Witek told us.

Applying that fabric treatment wasn't easy. Through extensive prototyping and countless setbacks (early versions of the fabric couldn't be washed!) though, Reebok were eventually able to bond STF with a soft, wearable fabric that was suitable for sportswear.

Applying this new fabric practically was another challenge. Early prototypes were constructed with a 'more is more' approach. 'Many would assume that the more support a sports bra gives would equate to the more fabric, straps or hooks it’s comprised of' explained Witek. 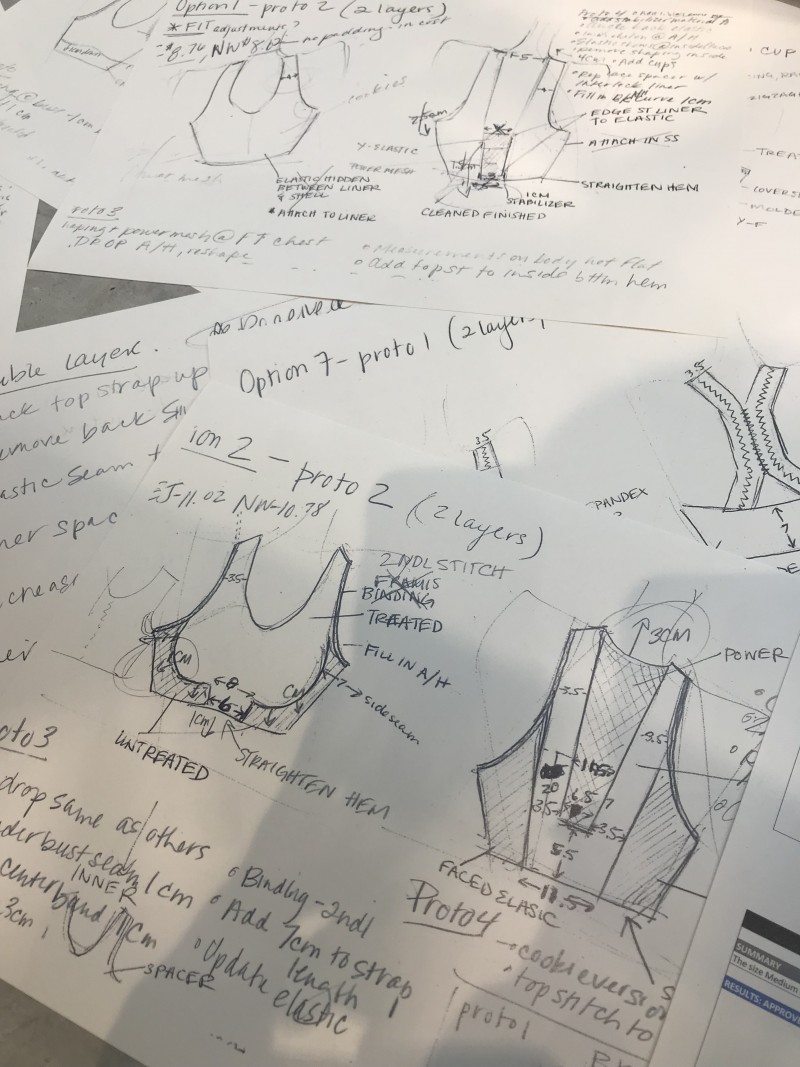 'However, by utilizing our Motion Sense Technology, Pure Move’s design is quite deliberately the opposite,' she went on to explain. 'The minimalist design of the bra may seem deceiving when you first hold it, but you should not confuse this for lack of support or technology. Every single detail is intentional and directly informed by years of our testing and research.'

Traditionally, breast biomechanics testing is carried out by sticking markers to the bra to track movement and support. The average number of markers is four, but Reebok used 54 and ended up capturing twice as much movement which gave them the confidence that the final product was doing what it needed to do.

So, in using STF technology Reebok have managed to create a bra that provides support that adapts to movement. The more intense the activity, the stiffer the fabric becomes. Great so far but how does it feel outside the lab?

Specifically addressing consumer feedback on the industry's lack of solutions for those women who find themselves in between sizes, Reebok have created the Pure Move in ten sizes rather than the traditional five. Wear-testers were recruited across the size range, where previously they had only been a size small. In addition to biomechanical testing, Reebok asked wear testers to report how the bra felt to them across a range of activity. 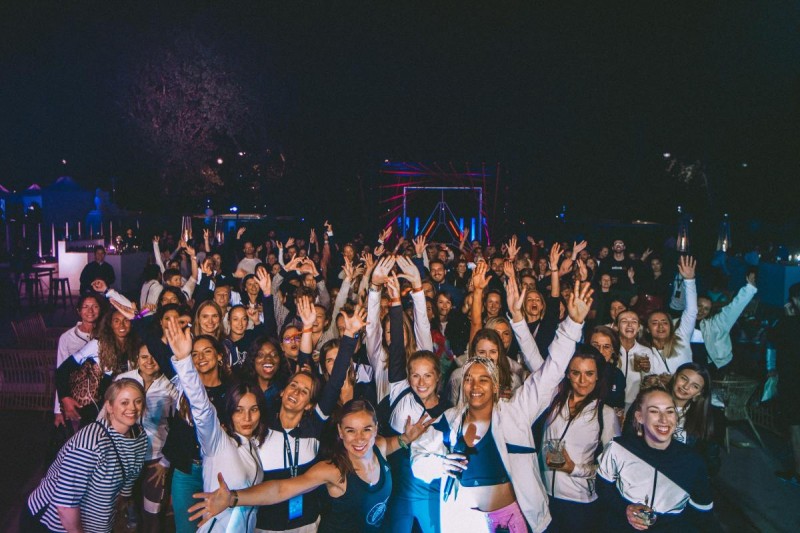 Not wanting us to take their word for it, at the launch we were invited to put the bra to the test in a High Intensity Interval class which, trust me, was high intensity. We jumped, squatted, and sweated a hell of a lot. But honestly, after all that, I just forgot I was wearing it.

The bra is made from only seven pieces, compared to an industry average of thirty, and the edges are free-cut so it feels virtually seamless. The straps are soft and wide, the fabric is remarkably light and there's perforations on the front and back that look pretty but are actually there for cooling.

So, in all honesty, I barely noticed the bra at all. No digging in at the straps or under-band. No irritating clasps on my spine when I lie down. I've since worn it cycling and it barely even disrupts the line of a close-fitting lycra jersey. Having little to say in this case is a good thing.

But I will say this. No matter how much I jump, move, jiggle in the mirror (my ultimate sports bra test) I feel completely supported. That's the most important thing.