Sydney Uni-Staminade debuts in dhb at the National Championships 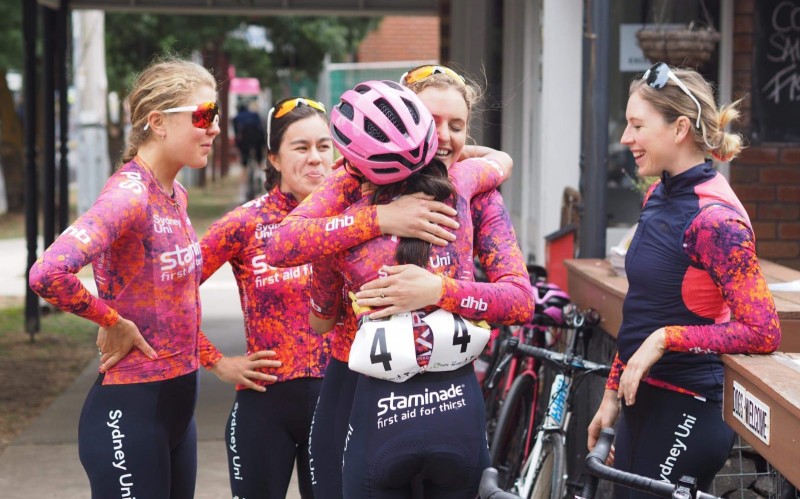 Alyssa Polites is back in the classroom. Education is her major focus for 2020 as she completes her final year at high school. But that didn’t stop the 16-year-old handing out her own lesson as she blitzed to glory in the under-19 individual time trial at the Australian national championships at the beginning of January.

Alyssa, the women’s squad’s youngest and newest recruit, recorded an average speed of almost 40km/h and an average heart-rate of 191bpm en route to the green and gold bands. And with it the teenage talent, who was runner-up in the road race the following day, helped deliver the perfect start to dhb’s partnership with the Sydney Uni-Staminade team.

Across four days the team did battle in the time trial, criterium championship and the road race, while sporting their eye-catching new jersey created by dhb’s female designers.

Alyssa, who was the youngest rider in her field but already a double under-17 national champion, had provided the inspiration before turning her attention back to her books.

She will return in the second half of the season, riding as a stagiaire in the National Road Series (NRS) – a prospect which has her older team-mates excited. 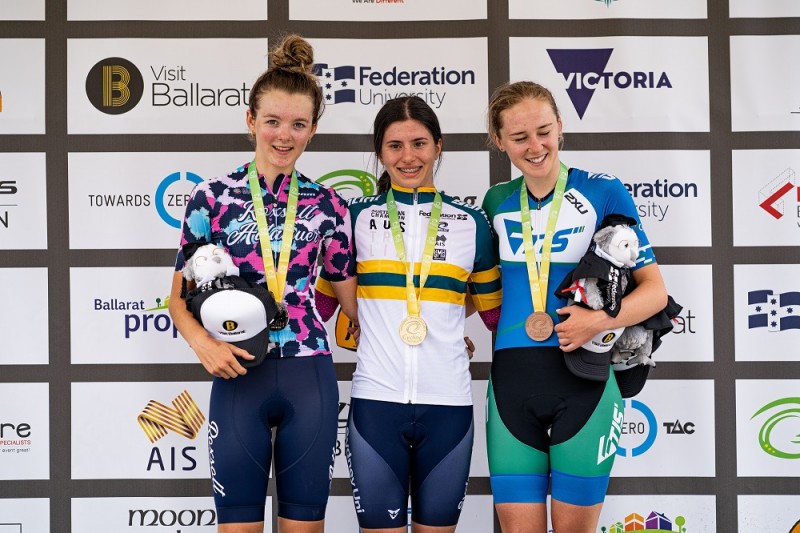 Nicole Frain was clearly lifted – as she powered to eighth place in the elite individual time trial, won by Sarah Gigante.

A drastic turn in the weather then led to challenging conditions for the women’s criterium, with maximum temperatures of around 10 degrees and torrential rain – in the middle of summer! The squeal of disc brakes could be heard from miles away on the hot dog course as riders raced down, and then up, Sturt Street in Ballarat. Caught out of position on the final corner, it just wasn’t Sydney Uni-Staminade’s day – and they were unable to follow in Alyssa’s footsteps and snatch a spot on the podium. 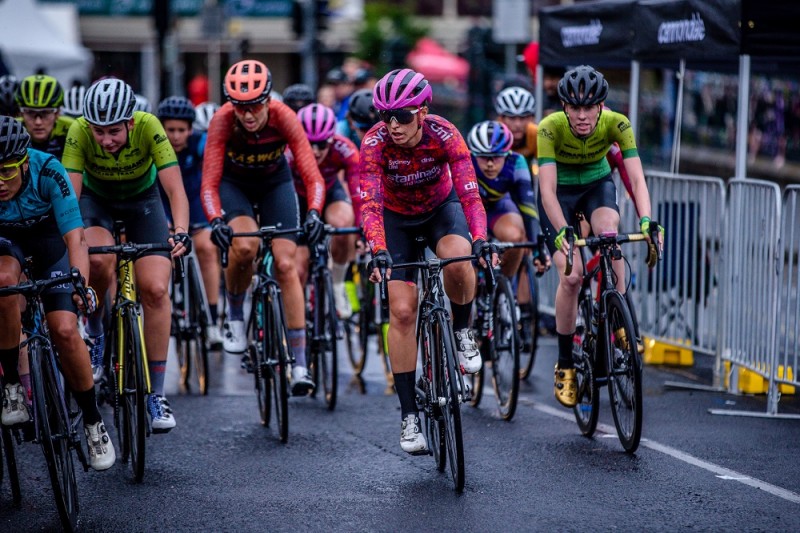 In the road race on the Sunday, it was truly a Michelton-Scott show, with Amanda Spratt – third in the 2019 world championship road race and runner-up the previous year – stamping her authority on the domestic field.

On lap two of nine, she broke away with two others and in the process splintered the field. The remaining peloton chased hard but, in the end, couldn’t match the three-time Women’s Tour Down Under champion, who won from the break of three.

Nicole Frain once again had the best legs of the Sydney Uni-Staminade squad, placing 13th overall from a peloton reduced to only 20 riders out of a field of 80 at the start.

It was a tough few days of racing for the team but valuable racing experience and miles in the bank for the rest of the season. 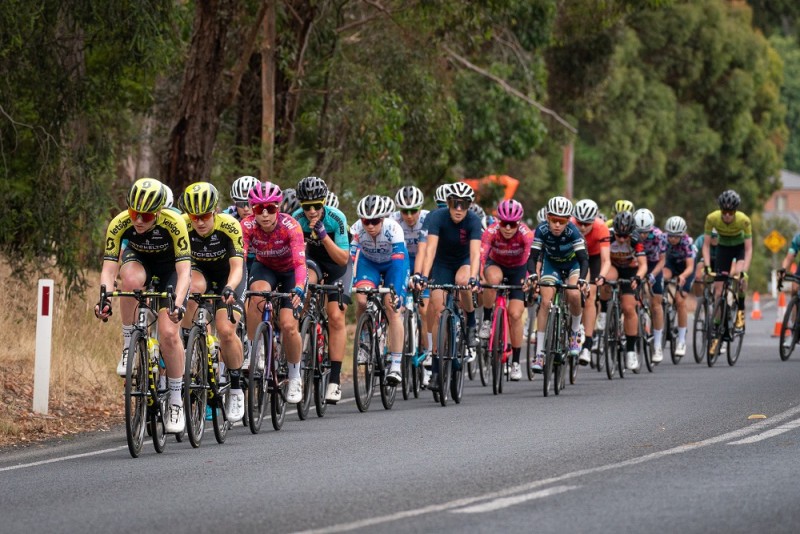 And what an exciting season it is sure to be, with the UCI 2.2 Women’s Herald Sun Tour on February 5-6 marks the squad’s first outing as a team. Nicole Frain will be joined by Gina Ricardo, Jennifer Darmody, Amy Vesty, Georgia Miansarow and guest rider Emma Pratt. Team-mate Georgia Whitehouse will also be in action – but in the green and gold of the Uni-SA Australian national team.

This year’s Herald Sun Tour promises to be the most exciting edition yet – with a flat opening stage ideal for the sprinters before the peloton races up and down the 30km Falls Creek climb in Alpine Victoria on stage two.

The racing programme then takes a break until April, when the NRS will debut with the first race of the season – the Tour of Brisbane.

Before then, however, Georgia and Gina will be taking on the Cape Epic in South Africa – an eight-day mountain bike (MTB) stage race in March. It is sure to test the duo, who are more experienced on the road than off it, racing against some of the world’s best, including former world champions and the current Olympic MTB champion.

The mid-year winter break will also see a number of riders competing across the globe in America, the UK and Europe. They will return when the NRS season resumes in August, with a host of new events rumoured to be part of the series for this year, including a women’s L’Etape Australia event.

As well as up-and-coming junior, Alyssa, riders to look out for this year include Nicole Frain, who has joined the team from the Tasmanian Institute of Sport. Relatively new to the sport, she’s a gun rider in top form after finishing fifth in the general classification at the Tour of Tasmania in December. 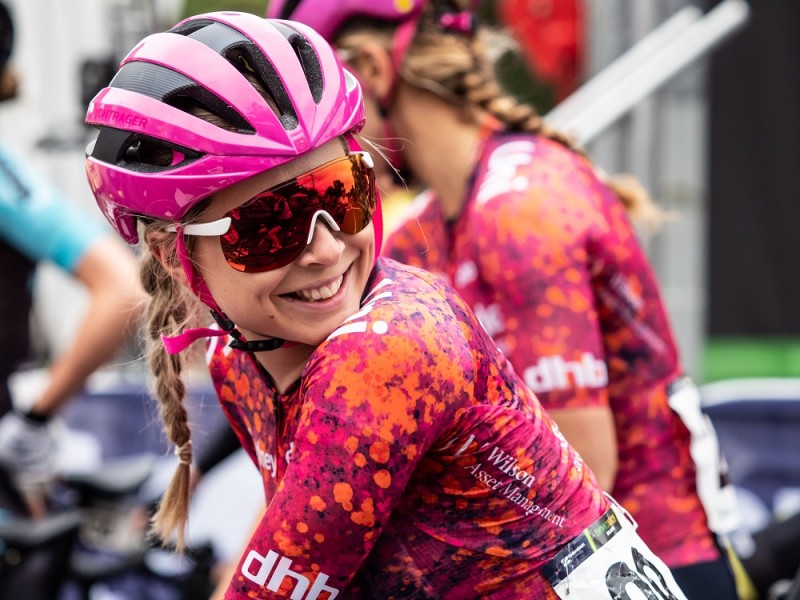 Georgia Whitehouse returns for her third year with the team. The sprinter has one of the strongest kicks in the peloton with a host of wins in 2019, including the Australian Open Noosa Criterium. 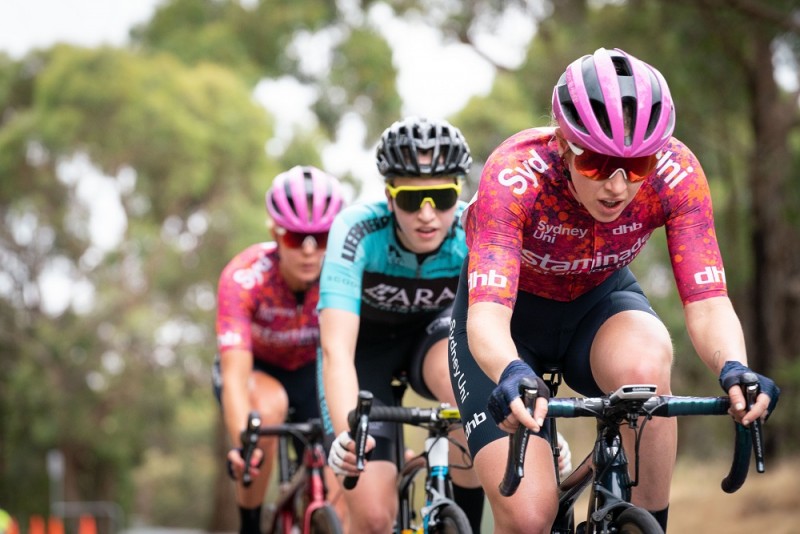 Gina Ricardo has been a long-serving member of the team, and a graduate of Sydney University, and returns for 2020 with a gravel national championship title under her belt as well as this year’s Cape Epic on the horizon. 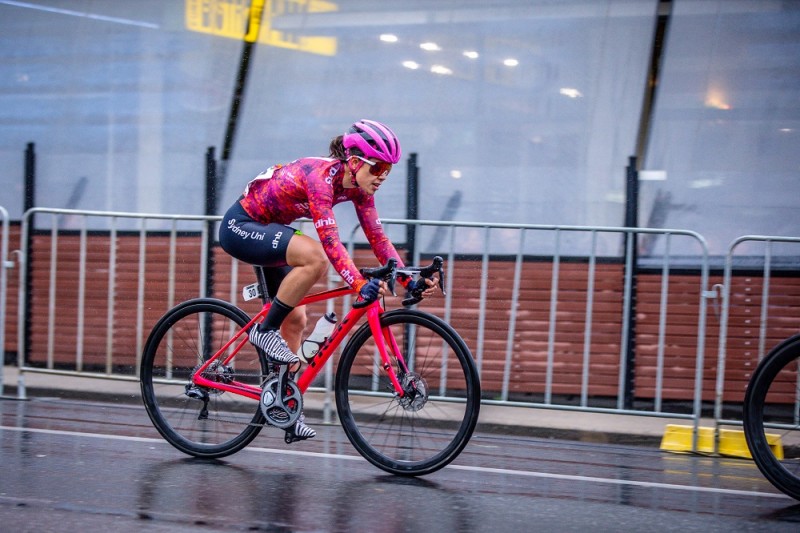 Georgia Miansarow is another rider to watch. Having switched from the national rowing programme to cycling less than 12 months ago, she’s an incredibly talented athlete with the potential to go far. 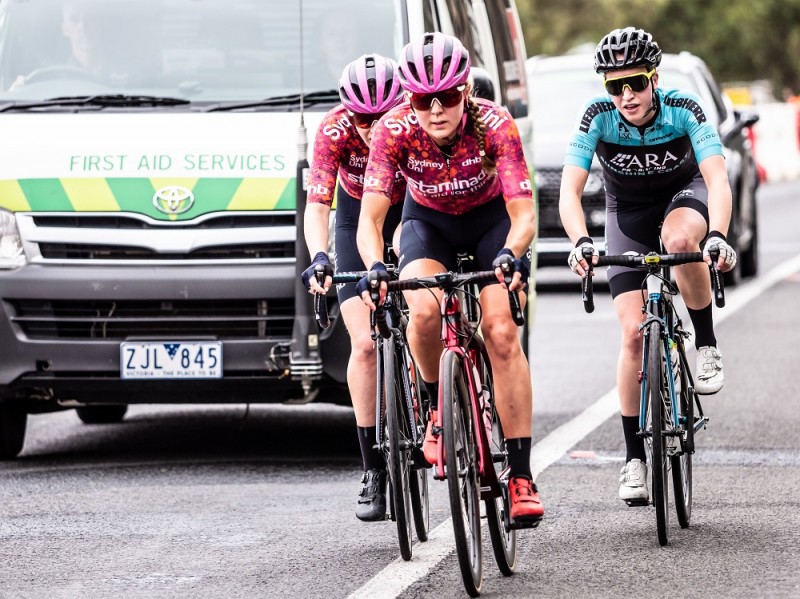 Led by the experience of former professionals and Australian representatives Vicki Whitelaw and Donna Rae-Szalinksi, there is plenty to look forward to.

And we’re excited to see that dazzling new dhb jersey popping on a podium or two in the very near future!