What is the best energy source for running?

What's the best fuel for runners that will provide sustained energy so you don't suffer from the dreaded 'bonk?' We asked the experts at HIGH5 Sports Nutrition.

HIGH5’s Slow Release Energy Range is the latest innovation in endurance nutrition. It provides you with a more sustained and durable source of energy, without the sugar spike and crash – and of course, it tastes great.

'Since we started using HIGH5 Slow Release it has played an important part in our day-to-day training and racing to provide us with long-lasting fuel,' says pro-cycling team BORA-hansgrohe's Head Nutritionist Robert Gorgos. 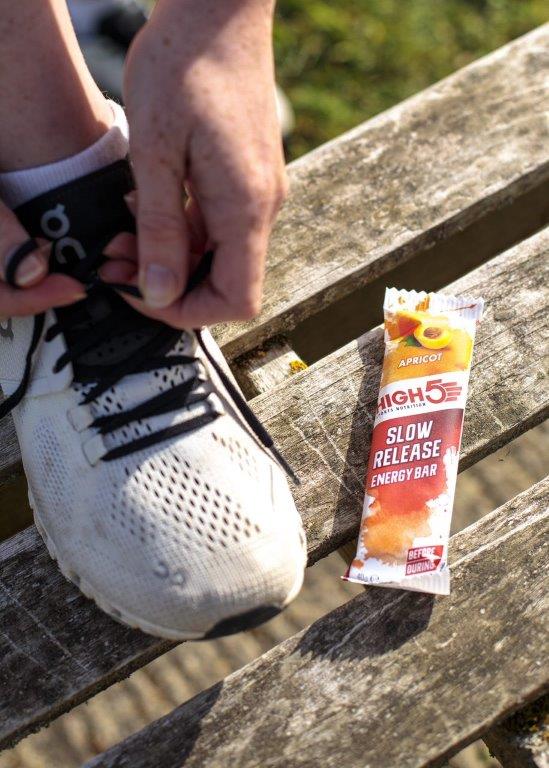 What is Slow Release Energy?

During your runs, your body uses carbohydrates as fuel to keep you going. Most sports nutrition is focused on quickly absorbed, fast energy boosts – which is effective if your energy levels are dropping and you need a quick hit of carbohydrate energy. However, in endurance sport, this can lead to hitting the dreaded wall – the crash following a steep and fast peak in energy levels.

Slow Release Energy is formulated with Isomaltulose, a low glycaemic carbohydrate that is slowly digested compared to maltodextrin (commonly used in sports nutrition) but it still provides you with the same amount of energy. This provides you with a sustained and stable energy supply for longer-lasting fuel during your runs.

The range is also enhanced with Ocean Minerals – HIGH5’s most advanced electrolyte complex yet. This means you get a hit of magnesium and over 70 minerals and trace elements, helping you balance your electrolytes during sport and stay hydrated. 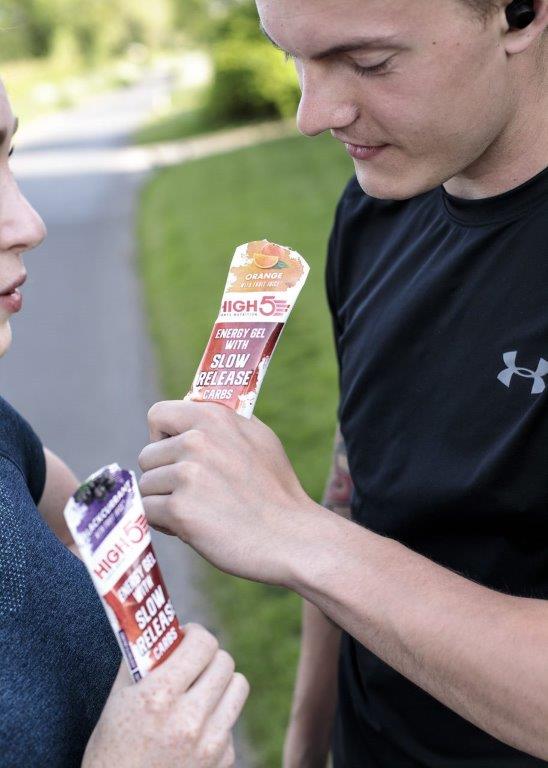 When to use Slow Release Energy

As Slow Release Energy provides your muscles with energy more slowly than traditional sports nutrition, it’s important to fuel early to drip-feed your muscles through your run. This means you can take a gel in the 15-20 minutes or a bar in the hour before a run and have sustained fuel throughout your session without the need to carry anything with you. 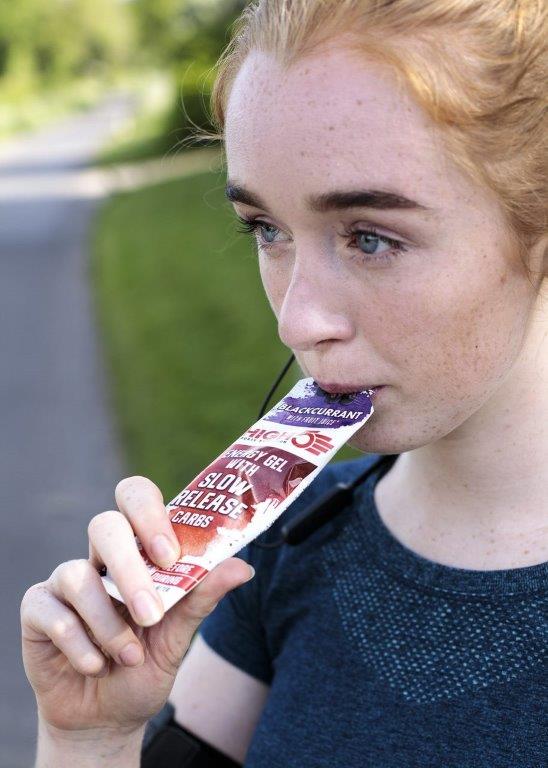 On longer runs where you might need to take more sports nutrition with you, fuel beforehand as above but also take some Slow Release Energy with you in your preferred format. Gels or drink tend to be lighter on the stomach but do what works best for you, aiming for up to 60g per hour.

For example, if you take on 500ml of Slow Release Energy Drink (38g) and one Energy Gel with Slow Release Carbs (23g) that will take you to roughly 60g of carbohydrate energy. 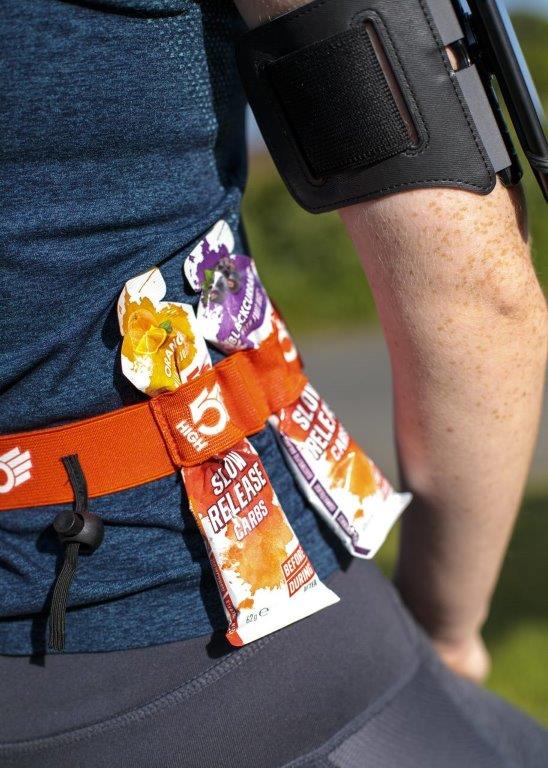 If you’re taking on a marathon or half marathon, pre-load your muscles with Slow Release Energy 90-120 minutes before the start and aim for around 60g of carbohydrate per hour during the run, as above. When the race starts to get tougher towards the end, switch this 60g of carbohydrates for fast-release alternatives (such as Energy Gel Aqua) to carry you through to the finish line. Switching to fast energy at higher intensity stages near the end can up your power and there’s less risk of crashing before the race is over.

'When racing, the Slow Release Energy products are used in the first 1 or 2 hours of a race when the intensity is rather low, for sparing muscle glycogen and increasing efficiency of fuel supply again' advises Gorgos. 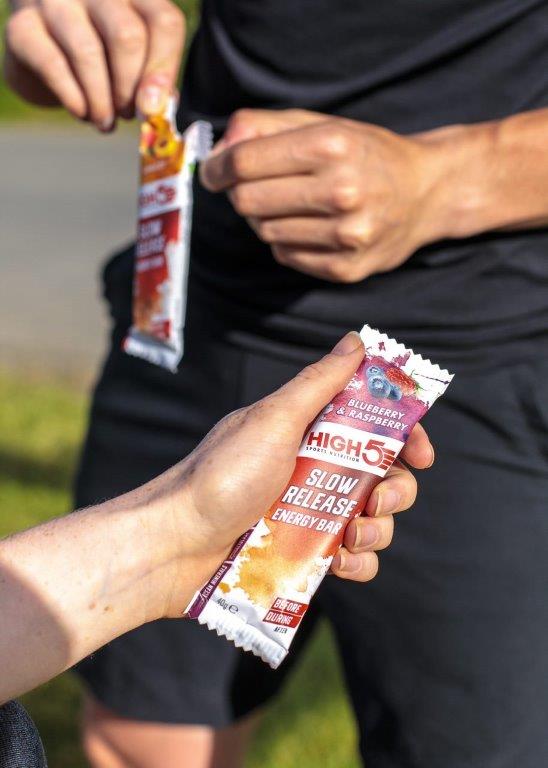