What happened at Wills and Connor's first OMM 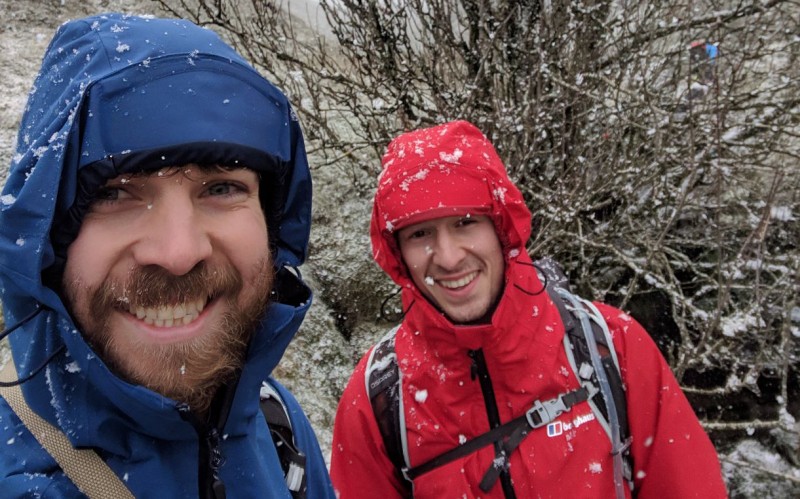 The official race report claimed temperatures as low as minus twelve. There were blizzards. There was mud.

The 51st edition of the OMM is done. Held on the last weekend of October to guarantee challenging weather, this is not for the faint hearted.

And yet people just keep on coming back for more.

This year saw 2000 participants take to the Black Mountains of Wales. Only 300 were first-timers.

It’s a trail-running race but speed and strength aren’t necessarily the keys to success. 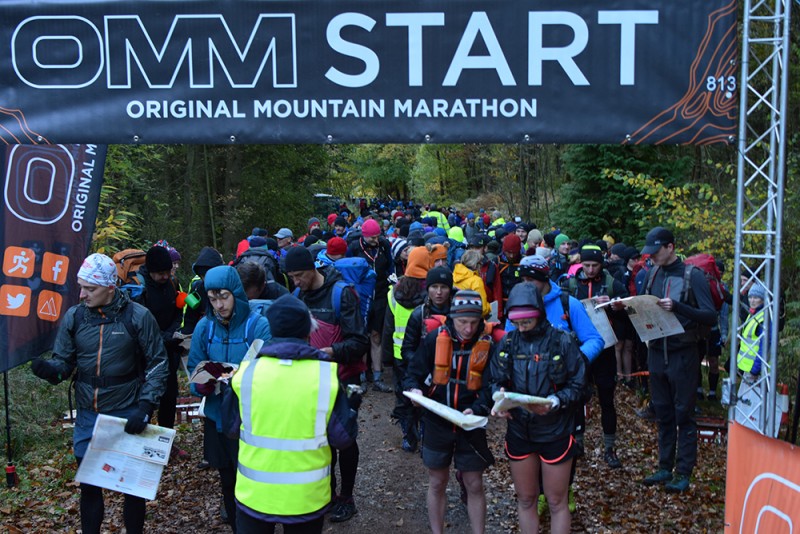 The aim of the game is to score as many points as possible by visiting checkpoints. Points are awarded based on how difficult it is to reach the checkpoints. Strategy, map-reading skills and route-planning all play a massive part.

The maps are top-secret until the morning of the first day. On day two everything changes. A brand new map is issued with new checkpoints so the teams are required to create a completely new plan.

There are seven options to choose from, depending on whether you want to go for points or pure speed. 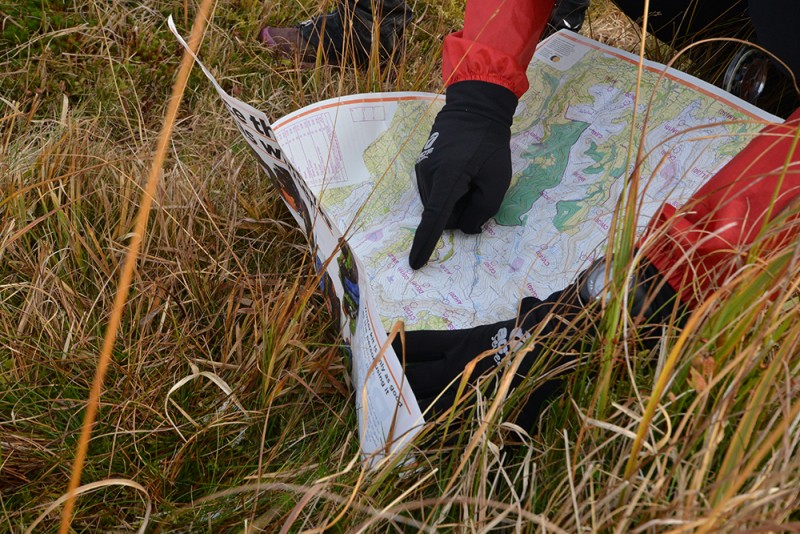 ‘Short Score,’ ‘Medium Score’ and ‘Long Score’ vary by the time allowed and the size of area covered, and each option has a different set of checkpoints. The most difficult of these is the ‘Long Score’ at seven hours on day one and six hours on day two. returning to base camp late incurrs a penalty.

The three ‘Line Courses’ are all about speed. The set of points is defined, but not the route. The fastest team to hit all of the points wins. Then there's a combined ‘Line/Score’ course.

With seven options, each with their own set of checkpoints, competitors really need to rely on their own wits and planning. Following others isn’t an option.

But that’s not all. Participants must also carry everything they need for two days out in the wild including food, clothes and camping equipment. 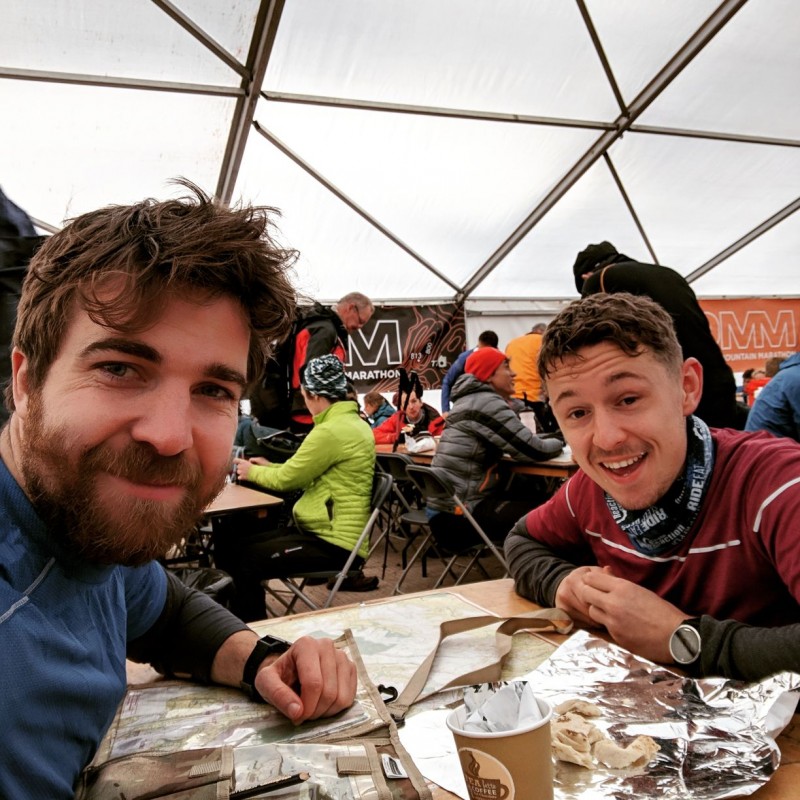 We caught up with Commercial Designers Connor Christie and Wills Fuller who teamed up to tackle the Long Score course on the OMM this year.

How much planning did you do each day?

CC: We took some time to study the map and picked a starting point. The closest checkpoint with the highest score seemed sensible so that we could tackle it whilst we were both fresh.

Did you manage to stick to your plan?

WF: The plan changes as you go along, depending on how much time you have used to get to each ‘control point’. Regrettably some of my short cuts turned out to be the long way around so we were forever changing the plan. But we kept the communication up and we did ok overall. 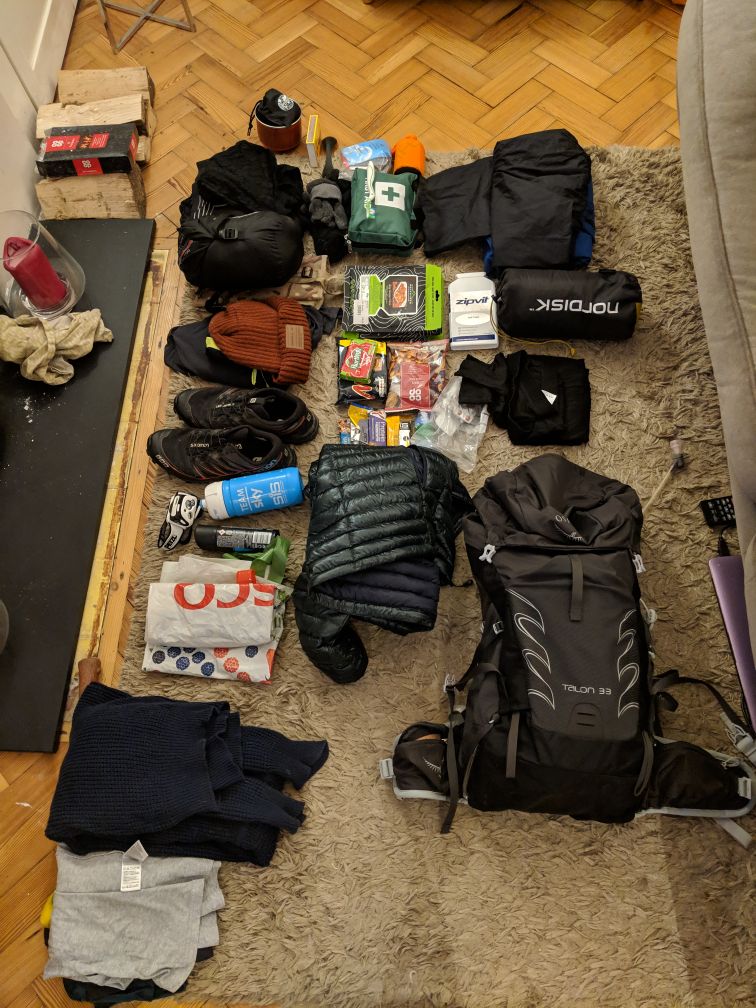 Wiggle OMM veteran Will Pakes-Geddes gave you a crash-course in packing before you left. How did it work out?

CC: I took Will’s advice which worked well. My tent and the sleeping equipment were at the bottom which helped with weight distribution. I put everything in dry bags so that it didn’t end up getting soaked. I tried to pack light and avoid any unnecessary equipment which would just weigh me down. 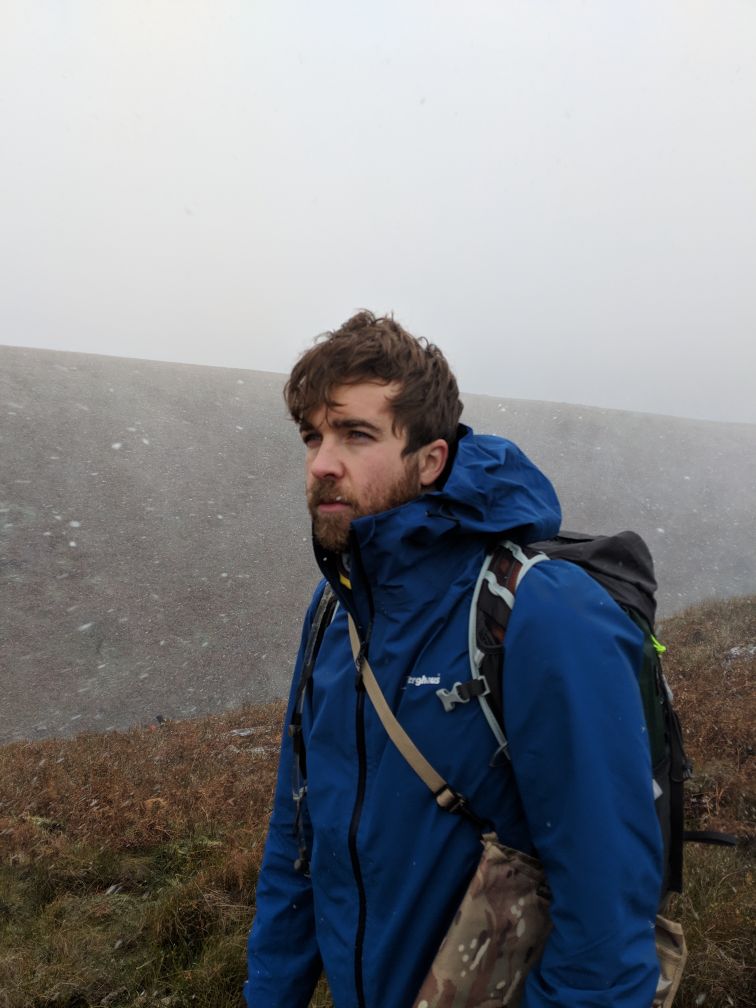 The official race report said it got down to minus 12 degrees – how did you cope?

CC: I would say its the coldest I have ever been in my life, even with all the high-tech outer layers on it only provided so much protection from the elements. To cope, we just gritted our teeth, got wrapped up and relaxed in our sleeping bags, thankfully mine did the job as it was rated for minus seven degrees. If I didn’t have my Berghaus jacket and Mountain Hardware Ghost Whisperer sleeping bag I think I might have had a horrid time.

WF: I coped very badly. I was so cold. I took a lighter sleeping bag to save weight. That turned out to be the worst idea ever. Luckily the Mountain Hardware Ghost Whisperer jacket came into its own, so my core stayed ok. It was my legs and feet that gave me the trouble. I had all my kit on, then put my feet in my dry bags, but I just could not get them warm. My hands also suffered. Once it started snowing and my gloves got wet, they were not much help. 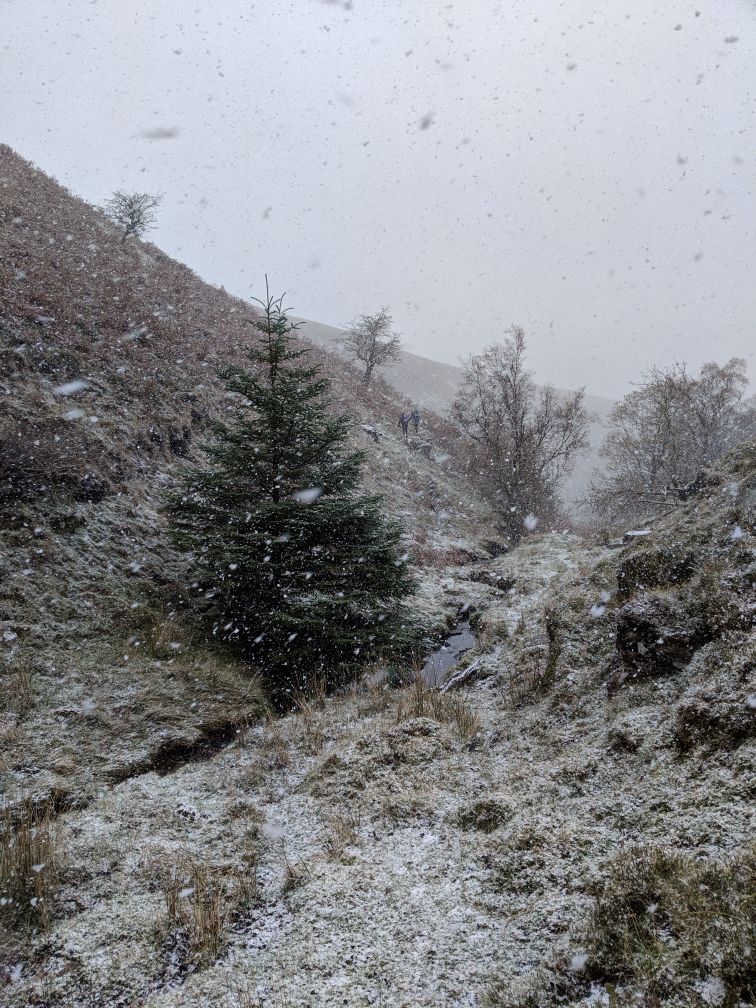 You had to be mostly self-sufficient for two days. Did you manage to take enough food?

CC: I wish I brought more food to be honest, I felt like I didn’t eat nearly enough during the event but got through it none the less. We had pre-packed camping food which we could eat hot, supplemented by gels, energy bars, peanuts, sweets and chocolate. 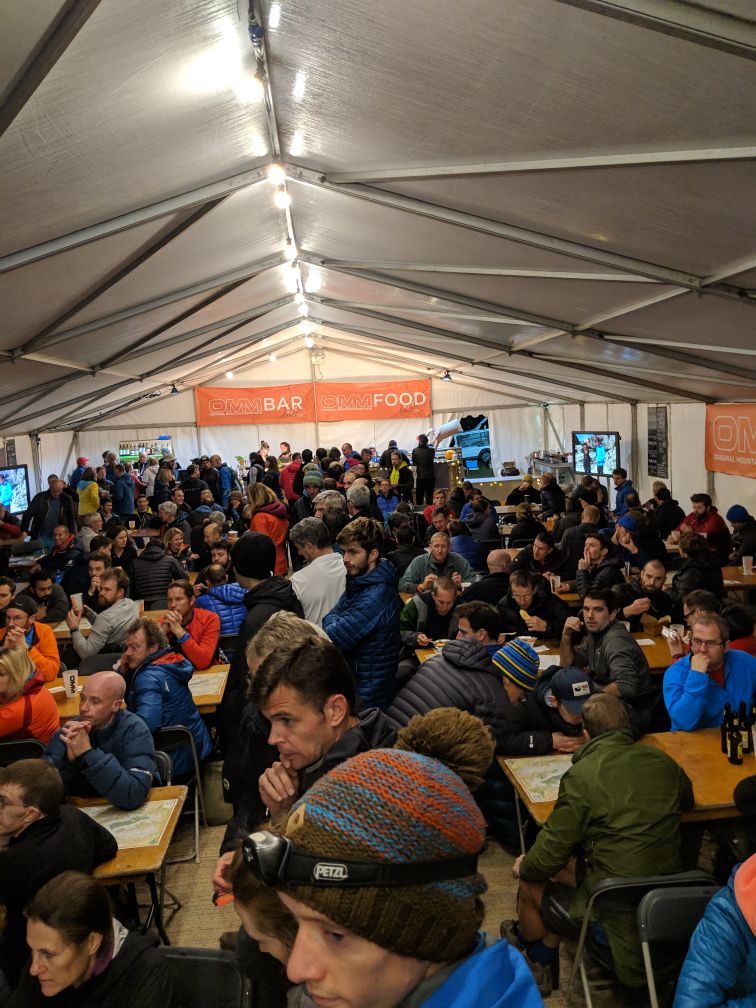 Was there any food at the base camp?

WF: Yeah, the OMM tent is great. Good food and well-priced. The staff were really friendly too.

CC: On the first day the campsite was great. There were toilets, beer, shelter, even chairs! I managed to get a breakfast roll. On the second day it was a bit more basic – just porta-loos really.

How was it overall?

What was your favorite memory of the OMM?

CC: The best bit was the scenery – constantly surrounded by sheer beauty. It was a shame we spent all our time there lugging our gear and focusing on the race because I wish I soaked it up a little more. It wasn’t too often that I had my head up!

WF: 100% with Connor, at one point we were adding up our score and figuring out if we had the time to get a 50-pointer and then a glider came past within throwing distance. It was so close you could see the pilot very clearly. 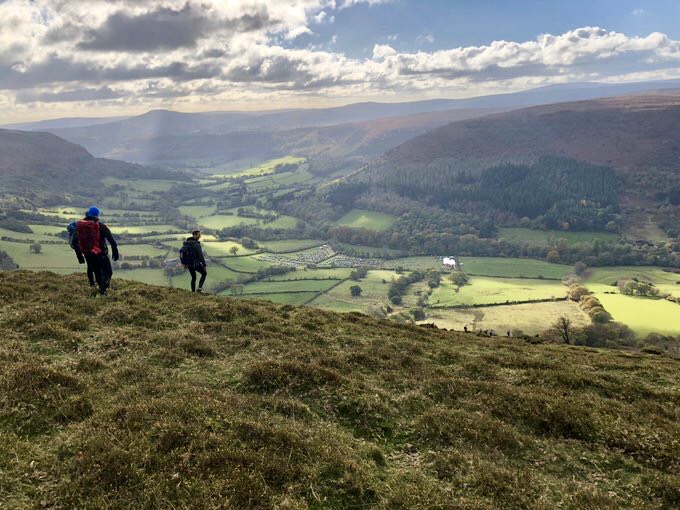 And the worst bit?

CC: The terrain was so tricky - I’m still carrying an injury and it’s a couple of weeks after. I rolled my ankles a good 50 times each and fell over multiple times. It felt like we went uphill constantly.

WF: The Saturday night for me. It still makes me cold thinking about it. We kept ourselves entertained by talking and laughing about how cold we were. The thought of coming out of the tent was hell, so we didn’t… until we needed to leave the next day. That tent become our home! 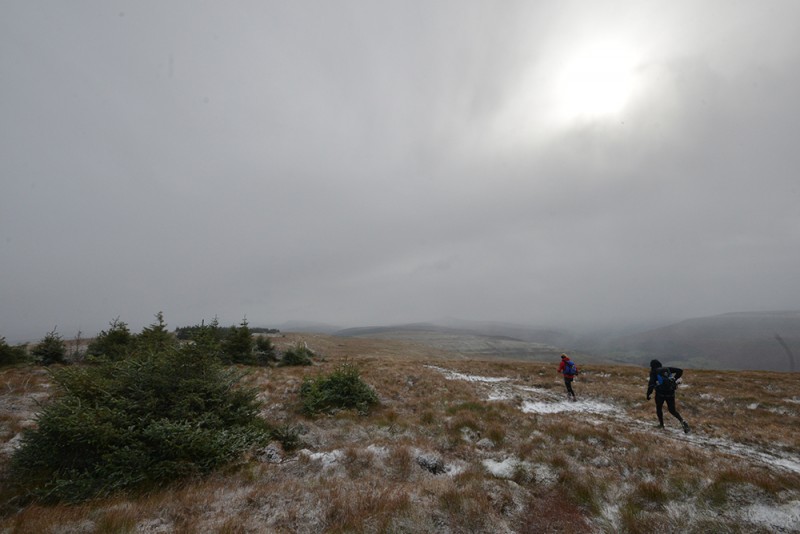 CC: The regret for me was doing the long score. We were largely in competition with Ultra runners. We weren’t really fit enough to figure in the standings.  I was unable to train for around four weeks before the OMM due to injury.

I also wish I’d worn different shoes. I damaged my ankle and outer leg on my left side because the drop was too large; they didn’t have the best contact with the ground. There wasn’t enough grip for the terrain and I often felt like I was going to slip or fall on inclines.

WF: I wish my fitness was a lot better, but it’s something to work on. My biggest regret is trying to save space with a lighter sleeping bag. That, and not getting more checkpoints! 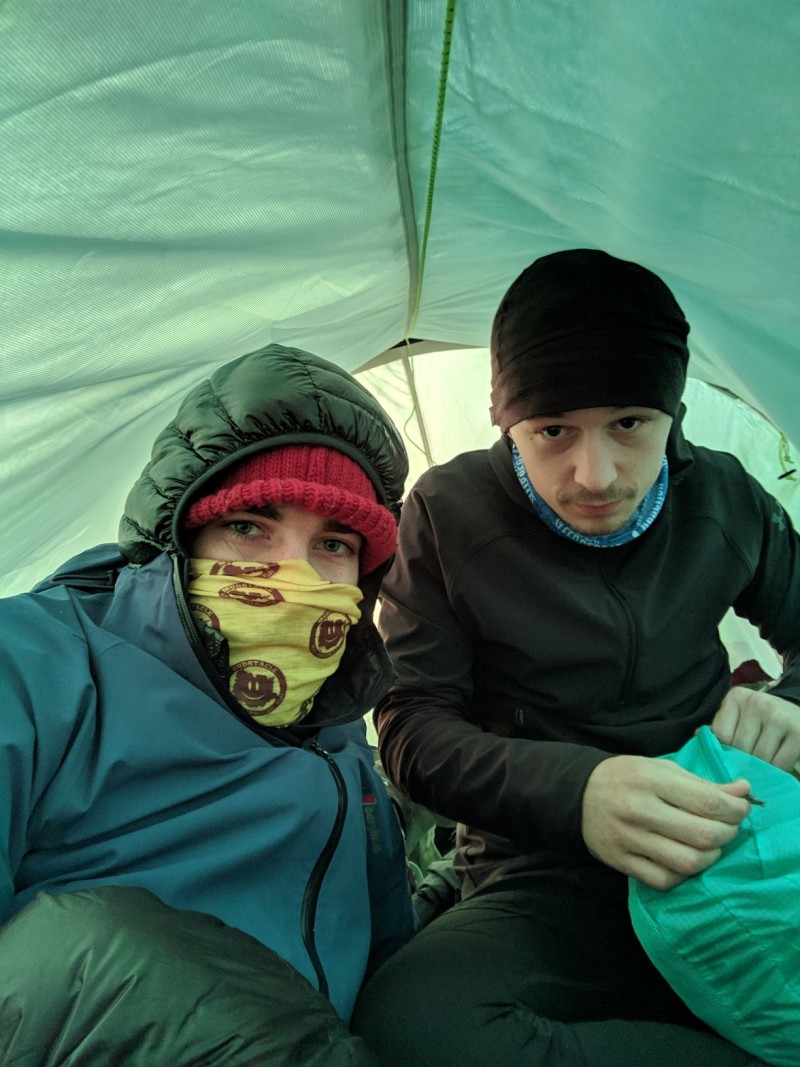 Would you do it again?

CC: In hindsight, I’d probably go for the Medium Score but sure – I'd do it again.

Find out how Wills and Connor prepared

Wiggle Rob gets ready for the 50th OMM