Why am I doing this? Sydney Uni-Staminade cyclist Nicole Frain questions her motivation after high-speed crash 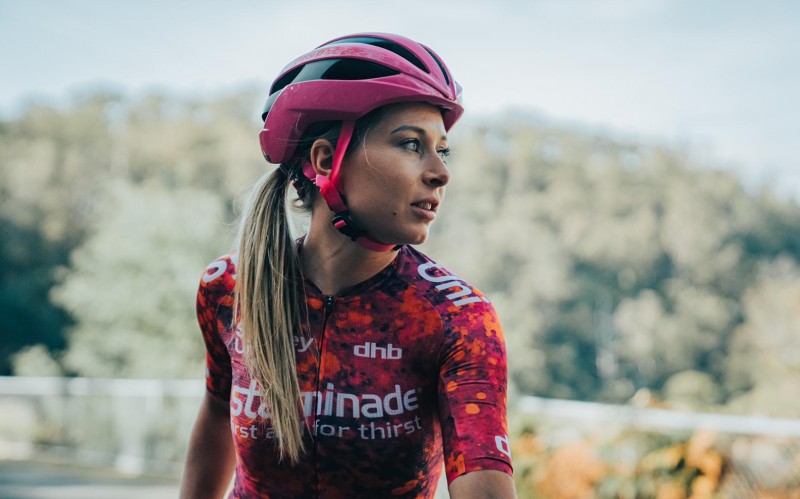 Nicole Frain races for the dhb-sponsored Sydney Uni-Staminade team in Australia. However, a high-speed crash in the Cadel Evans Road Race left her questioning her motivation and ahead of International Women's Day, she has lifted the lid on those mental battles.

Why do we race? Why do we put ourselves through the pain? Why do we dedicate copious amounts of hours to our chosen sport?

Specifically, “why am I doing this?” was the question I asked myself not long after my most recent crash.

My Wahoo read 75kmh to zero in an instant. And my body went from fine to pain just as quickly.

I always used to pride myself on leading a pretty much injury-free sporting career. Now, I have managed to break my foot, hip, collarbone twice, finger and suffer a concussion. 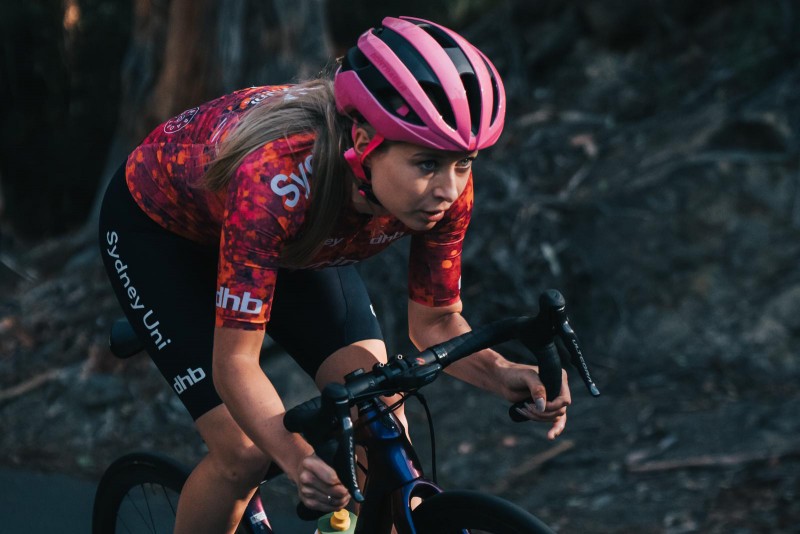 I’m also getting fairly close to 100 stitches in my body since I moved away from gym and general fitness to try my hand at triathlon before falling into cycling only two years ago.

And during each comeback, the question “why am I doing this?” becomes a little stronger.

I make it sound like it’s doom and gloom, trust me it’s not. You don’t train more than 20hrs a week, say no to social events, fixate on the process and dedicate weeks at a time to the lead up to a certain competition because you don’t like it.

I love it. I love the feeling of becoming the fittest and the strongest I have ever been. I love beating myself, reaching targets and then setting the target higher again.

I love the people around me and the support I receive. I love my team and the community involved. I love being a role model and something to aspire to. I love learning and seeing progress and I love how it makes me feel. 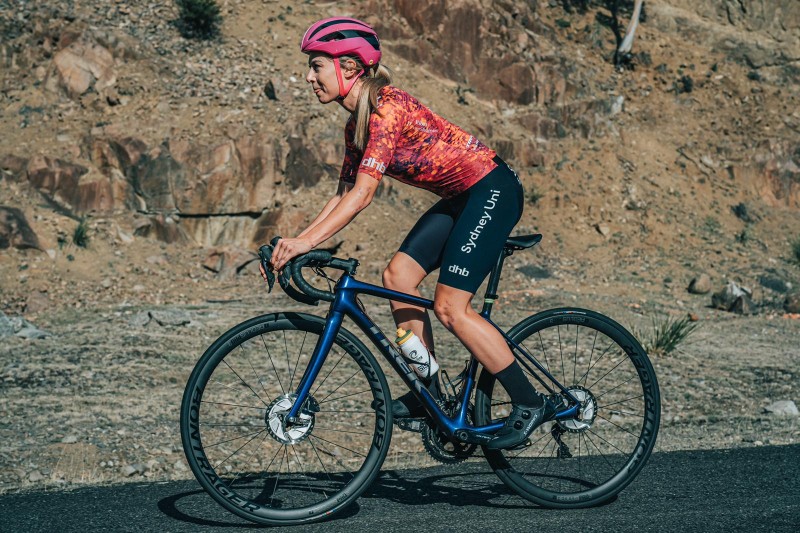 I have been involved in sport my whole life. I tried most as a child, from gymnastics (I still can’t cartwheel properly), taekwondo (kneed myself in the nose so hard I never went back) and tennis (zero hand-eye coordination).

I did swimming club, I loved running and always performed well in cross country and athletics. I played soccer for nine years – as a junior and into adulthood.

As I grew up, so did my sporting ambitions and my goals. I decided to move away from soccer and focus on myself.

I decided I didn’t want to focus on what other people were doing for a while and potentially hold them accountable for a result.

So, I spent the next four to five years just training in the gym. I then got involved in the fitness craze which saw me compete. But after some time, I grew tired of fixating on aesthetics.

I felt a bit lost for about a year. I still did forms of training but only because I knew it was a healthy habit rather than for a goal. 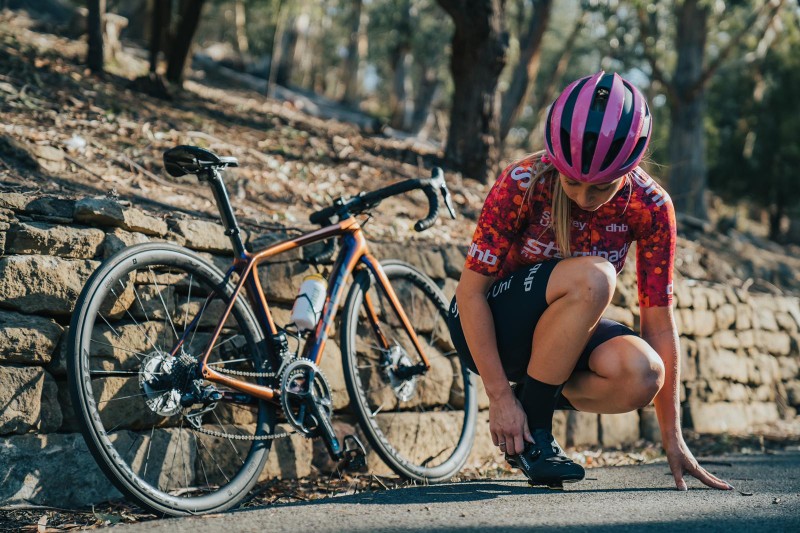 Then I competed in a triathlon. Sort of by chance, my work sponsored an event which saw us offered free entry.

I had never ridden a road bike (we had bikes as children) but I finished the race and won my category. I knew I could swim and run; the bike was a new addition. I loved it.

After a year of injury, I moved to solely focus on cycling. I started out just riding and getting stronger until people started asking when I was racing.

It’s a normal progression isn’t it? You start, you get better, you start competing. Competition is a really natural part of my life so when the question is put to me, the answer is ‘when’s the next race?’ not ‘why?’.

I have met a lot of people who never race, content in just riding, riding socially or enjoying the benefits of a regimented training schedule. 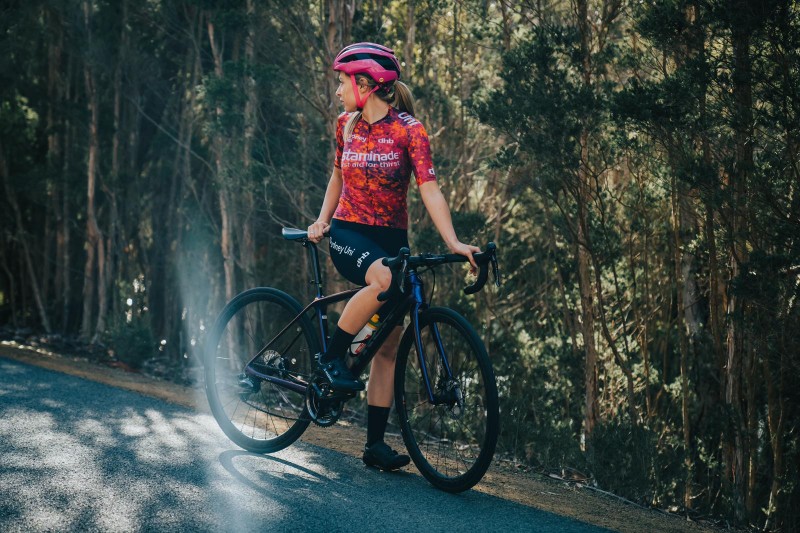 I have nothing against this but it’s something I have not understood nor really done myself.

Even now as I am injured, one of the first points on my comeback plan was to specify at which race it will happen. This gets me excited and driven, not nervous.

Some people work best under pressure, some like self-paced, some can’t deal with any pressure at all.

I like goals, targets and timelines. I like numbers, testing and being told it’s not possible, so I can try to prove people wrong.

I love feeling like I have worked hard, being sore, tired and then having to do it all over again. I love doing what other people aren’t. 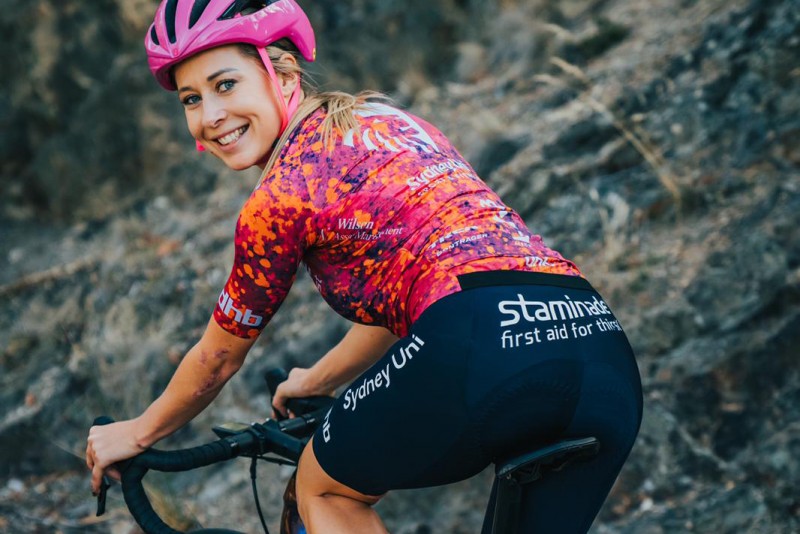 One question he often asks me is the same question we started with here. Why are we doing this?

It’s a focus for me this year to really understand why. Do I just want to win? Do I want to make it to the top? Am I trying to prove something to me or maybe someone else?

The higher up the ladder you climb, the harder it gets. The more falls you have, the harder it is to get back up. The longer you work at it, the more of the other things in life you miss out on.

Understanding why you want to get back up, how high you want to climb and what sacrifices you are willing to make can only help you be stronger, be focused and feel fulfilled.

Posted in Cycle and tagged Cycle