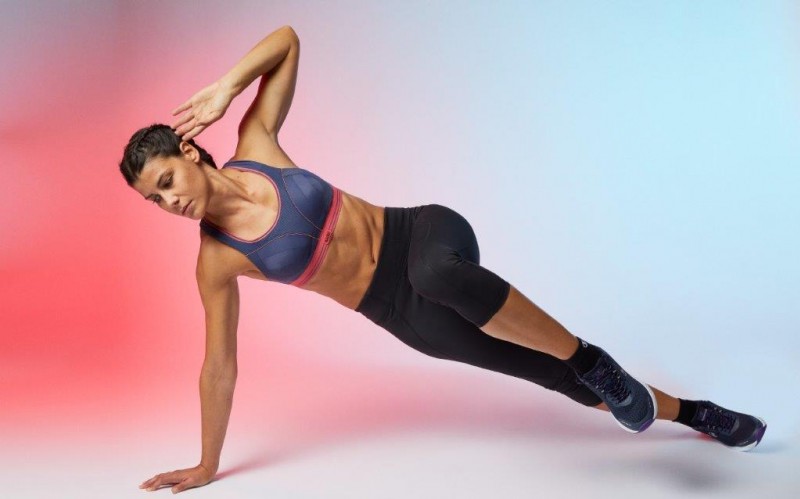 How can a sports bra improve your workout, reduce breast pain and help you keep your shape well into old age? Wiggle Content Manager Nassrin Chamanian went back to school with Shock Absorber at the University of Portsmouth to find out.

If you're an active woman, did you know that you could seriously improve your workout as well as prevent lasting damage by wearing a sports bra?

Professor Joanna Wakefield-Scurr and the Research Group in Breast Health at the University of Portsmouth have changed that. For 13 years they have been working to broaden understanding, inform the design of breast support and raise awareness.

The Research Group are based at the Department of Sport and Exercise Science at the University of Portsmouth where they have access to state-of-the-art testing facilities. Most conditions can be simulated including extreme temperatures, humidity and rough seas. 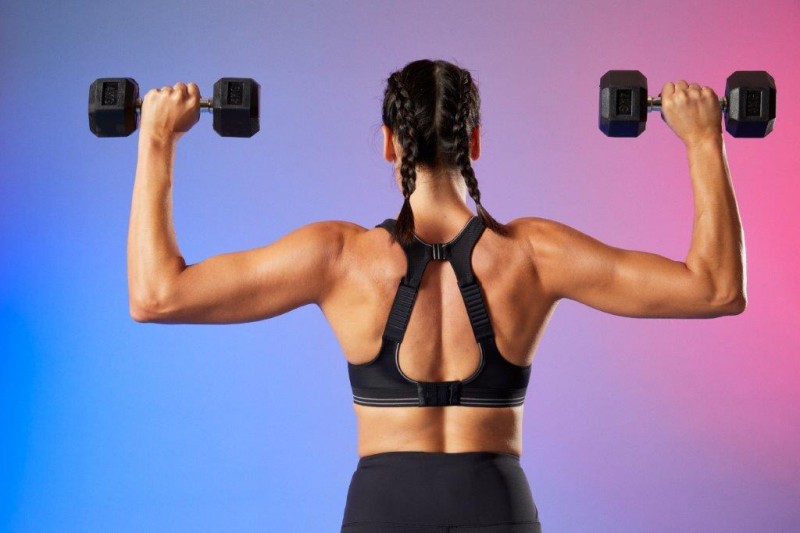 The first step towards understanding appropriate breast support is understanding the composition of the breast. Breasts are composed of fat and glandular tissue in proportions that vary by individual. They are supported by a fascia tissue known as Cooper's Ligaments and skin.

Although they are designed to withstand some stretch, the excessive amount of breast movement during exercise puts a strain on these ligaments and skin causing them to stretch and nothing can naturally restore them.

Professor Scurr and her team developed what is now the industry standard of the testing method to measure breast movement: the bounce test. Sensors report the amount of movement between the sternum and the nipples during activities such as running and walking. 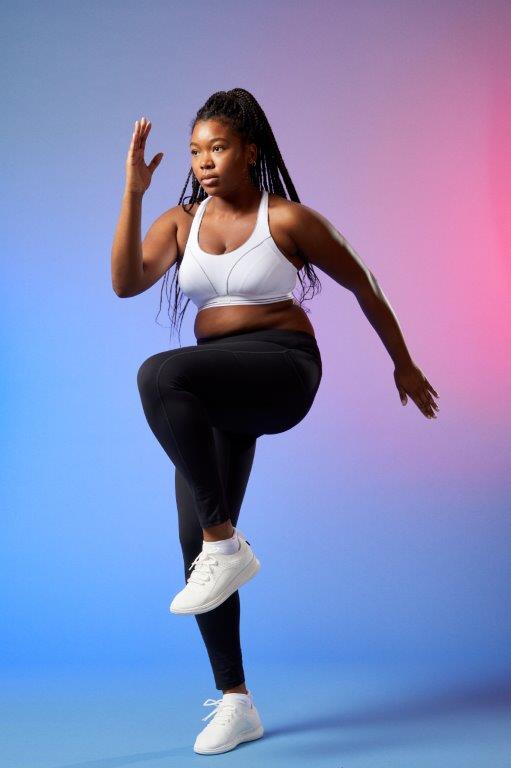 The consequences of doing sport without adequate support can be extremely detrimental to a woman's health and general wellbeing. Professor Scurr has identified four major consequences:

Pain - Without appropriate support, it's common for women to experience breast pain when exercising. According to Professor Scurr, out of 2000 women who were asked to rate breast pain out of 10 after running without a bra, the average score was 7.6.

Damage - The damage caused by the strain on the skin and Coopers Ligaments during physical exercise is permanent. Although the skin is capable of stretching by up to 40%, without appropriate support the skin on the breasts can stretch by up to 120%.

Function - For many women, exercising without appropriate support can have a detrimental effect on biomechanics. Range of movement can be restricted by the need to compensate for that extra rotating mass.

Embarrassment - Excessive breast movement can put some women off exercise simply for the embarrassment factor.

What are the options?

Whatever your sport, you need to make sure you wear an appropriate level of support. Once you have stretched the skin and Cooper's ligaments, the damage is done and there is no magic exercise you can do to lift everything back up to where it used to be. 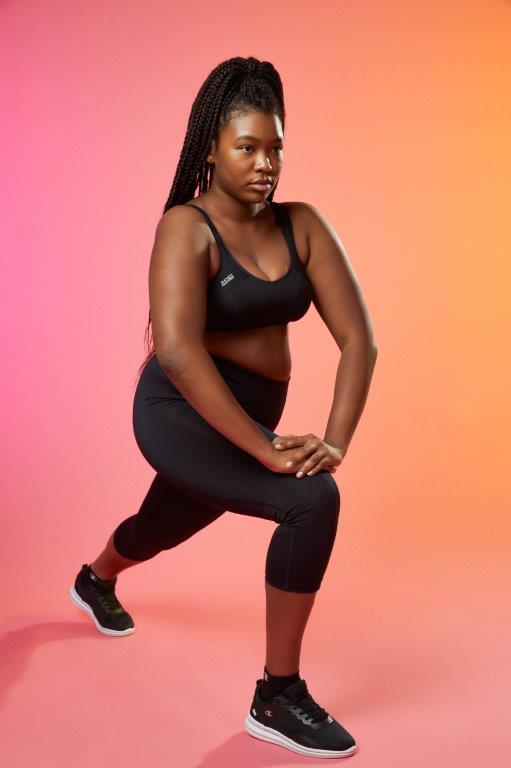 How do I know that sports bras work?

Shock Absorber work with Professor Scurr and her team at the University of Portsmouth to extensively test all of their bras. They have developed a range of sports bras covering all levels of activity. To find out more and work out which is best for you, check out our guide.

For each style, the research group recruit a sample of women to conduct several tests both with and without the bra. Initially, a 3D scan produces an accurate model of the subject. This allows them to see exactly how the bra fits and whether it is true to size.

The second stage of testing is the 'bounce test.' Sensors are attached to the breasts and the subject runs on a treadmill at a set speed. The data generated reveals just how effective the bra is at limiting movement and so preventing long-term damage.

Finally, each subject is asked to complete a questionnaire to rate the bra on the level of comfort, perceived support and whether any pain was felt. 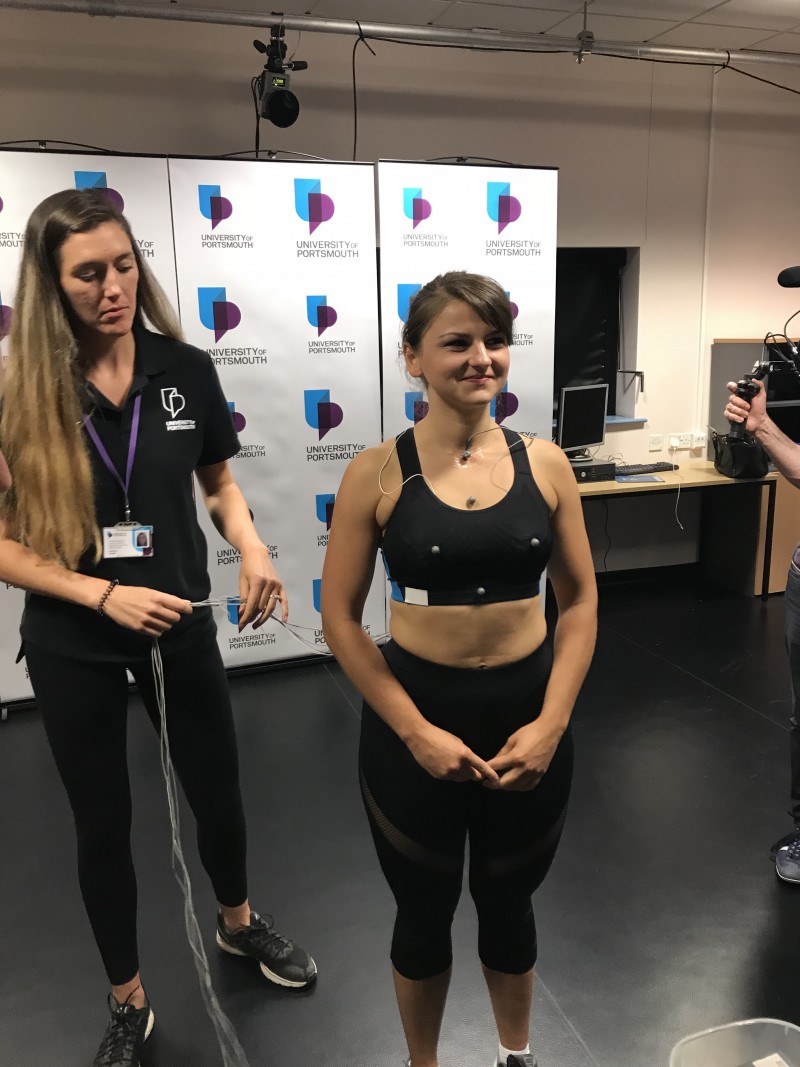 How do I choose the right sports bra for me?

Hopefully, if you weren't wearing a sports bra by now, we've managed to convince you that it's a worthwhile investment. But how do you know if it will offer you an appropriate level of support for your activity?

All Shock Absorber bras carry recommendations on which activities they are suited for based on the reduction in breast movement observed in the bounce test. In fact, some are specifically designed for particular sports. For example, the Ultimate Run Bra is designed specifically for runners. It reduces bounce by up to 78% and provides ultimate friction-free comfort. It's won multiple awards including gold in The Running Awards, voted for by the public.

Refer to our guide to see which Shock Absorber bra is recommended for your sport and check out some real-life reviews by our Wiggle athletes.

Because everybody is different, there are several points you should look at when you try on your sports bra to make sure it fits your individual shape:

Finally, in the privacy of your own home, it's a good idea to have a bit of a bounce in front of a mirror. You will be able to assess comfort and support better than anyone. At Wiggle we've made our returns process as easy as we can so if you need a different size, it's no problem.

The only question you should be asking now is which colour will you choose? 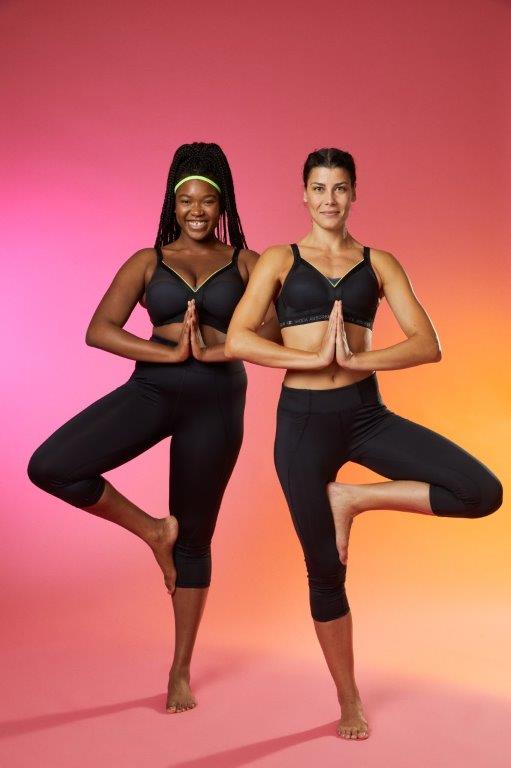