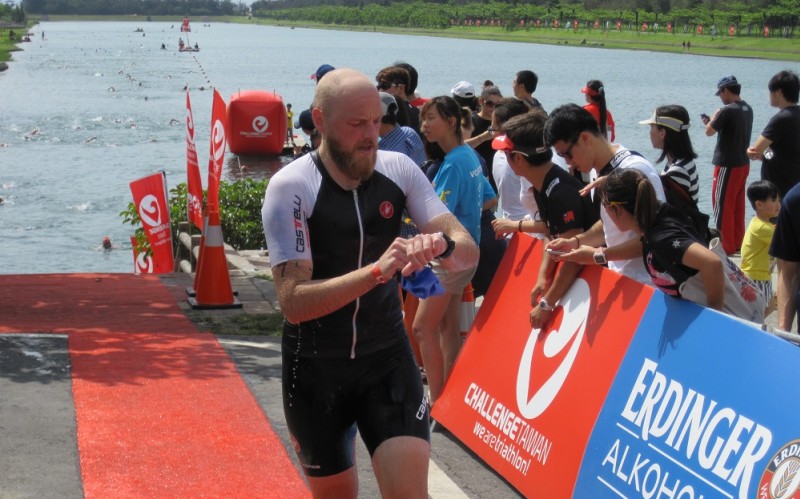 2nd Place in Age Group and a new nickname!

My 2015 triathlon season started in style this year as I headed across the island to compete at the Challenge Taiwan event, specifically the Tri Asia distance. 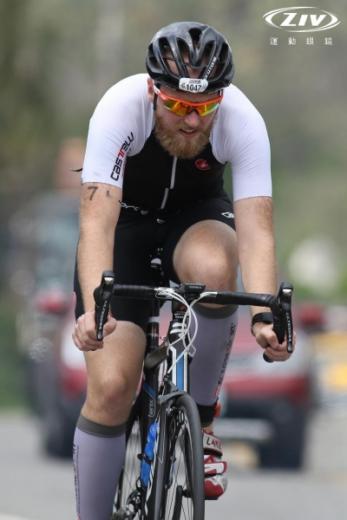 Having raced in Taitung last year in the 70.3IM, with its coastal bike course and swim in a 1km purpose built outdoor lake, I made sure this was the first race in my event calendar.

I was feeling good coming into the race despite flying back from the UK 3 days prior. The warmer than usual winter here in Taichung had allowed me to train in the heat and in the lead up to the event, I was even able to attend a training day with the legend that is Chris McCormack.

The day before the race was the usual routine of finding the registration centre, signing up and checking out the transitions down at the pool. In a first for me, the start and finish points were at different locations of the city which was good in that it removed any laps from the run. As per last year, the man made pool was as warm as bath with hundreds of fish swimming about in the fresh water. Once I had run through a couple drills, I packed up and headed to the hotel. On my last trip to Taitung, a good friend took me to a local pizza restaurant the night before the race. Not your ideal pre-race meal you may be thinking?! Well, sat there, eating my olive & ham pizza while listening to the owner play his banjo, we were joined by just about every pro who had entered the event! If it works for them….!

The morning of the race came around and due to the 70.3 event proceeding the Olympic distance, I had a later start than usual and cycled down to the start to watch the pro’s come out of the swim. Unbelievably, the first pro out finished the 1.9km in 23mins whilst the second out the water had only the week before completed a 36km swim.  Anyway, back to my race and having set up my transition space to inch perfection, it was off to the start line for the swim.

As I stood on the slippery slope awaiting instruction, we were welcomed to a fly by from the Taiwanese Air Force as the Rocky theme blasted out the PA system. During this special moment, I decided to slip on the start platform and fall practically on top of two local competitors. Not my most graceful moment but in my defence, there was a lot of algae!

As the count down from 10 started, I synced up my Polar V800 With HRM and remembered my game plan. With the sound of the starting pistol, I bolted out in front in a bid to move away from the usual scramble. In doing so, I managed to move out in front for the first 150m which put me in good stead for the remaining 1.4km. At the turn around point I could see that only a handful had passed me so I pressed on and caught a couple before exiting the swim. 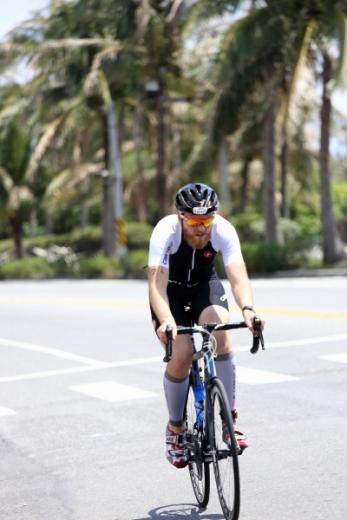 Running through transition I clocked my bike position and quickly kitted up and headed out into a headwind along the Taitung coast. It wasn’t long before I caught a group of 3 before picking off others in front. I soon lost count of my position as the scenery around me began to open up, with dramatic forest lined cliffs succumbing to golden beaches with huge surf. The bike course undulated with a couple of small climbs which suited me perfectly.

After the turn around point, I hammered the last 20km back to transition, grateful of the tail wind as the sun started to come out from behind the cloud. T2 was in all honesty a bit of a mess from the organisers' side, spectators were crossing the race path and despite the handing out of transition bags, I had to kick reposition my neighbours kit out of my space. For this race, I was using what Adidas are calling the Ultimate Running Shoe, The Adidas Ultra Boost. The lightweight upper and sock inner allow for a quick fitting while the boost sole gives you a much needed spring on the run section.

The 10km commenced just as the sun decided to appear, driving the heat up to 32 degrees to compliment the 75% humidity. The first 2.5km was a dead straight road with a slight descent, which is always a good thing coming off the bike. The moment didn’t last long when I realised I would have to come back up the road after the turn around point. Local support is always strong in Taiwan and as I ran towards a large group of spectators, I started to hear a chant. It soon became clear that it was ‘Run Viking Run!’ which made me laugh. I may get a lot of banter for the beard, but it does get you recognised! And it’s not a bad nickname to adopt! 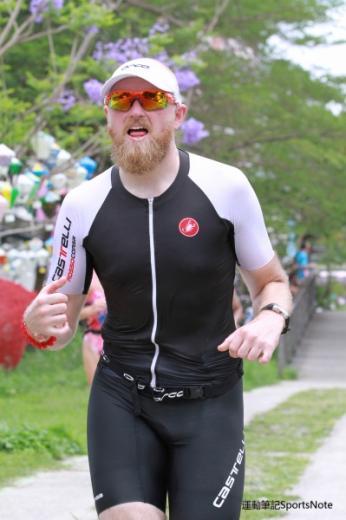 Once this was over, a half lap of the lake then lead onto the seafront. I clocked a couple competitors from my race and threw everything in to catching them, which I did with 2 km to go. Into the last KM and I started to hear cheering all around. This picked up my pace a tad until I realised everyone was cheering the local pro who had caught me on the run. They passed and despite a valiant effort, I lost them leading into the final 500m. A sprint finish later and I was over the line.

Unfortunately, despite the size of the event, there was no one to provide times or positions at the finish line, not ideal when the award ceremony was 4 hours later. Eventually, I found a Wi-Fi connection and realised that not only had I finished in 11th position overall, but I had come 2nd in the 25-29 category! This was easily my best achievement yet in my 4 years of Triathlon, one that I hope I can better later in the year.

Next month I head back to the UK following my 1 year position in Taiwan. 4 days after I land I shall be heading to the Windsor Tri, following by the Wiggle Steelman, London Triathlon, Portsmouth triathlon and finishing with Hever Castle! 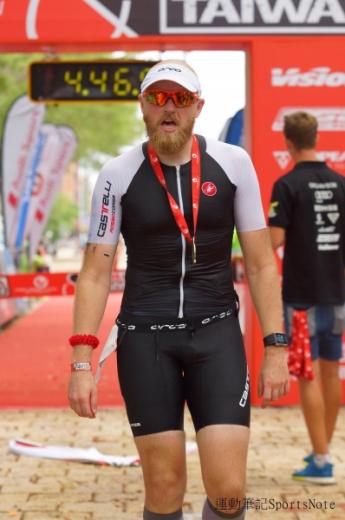 Thanks to all my sponsors, Wiggle, Kask, Oakley and Pro-Lite!